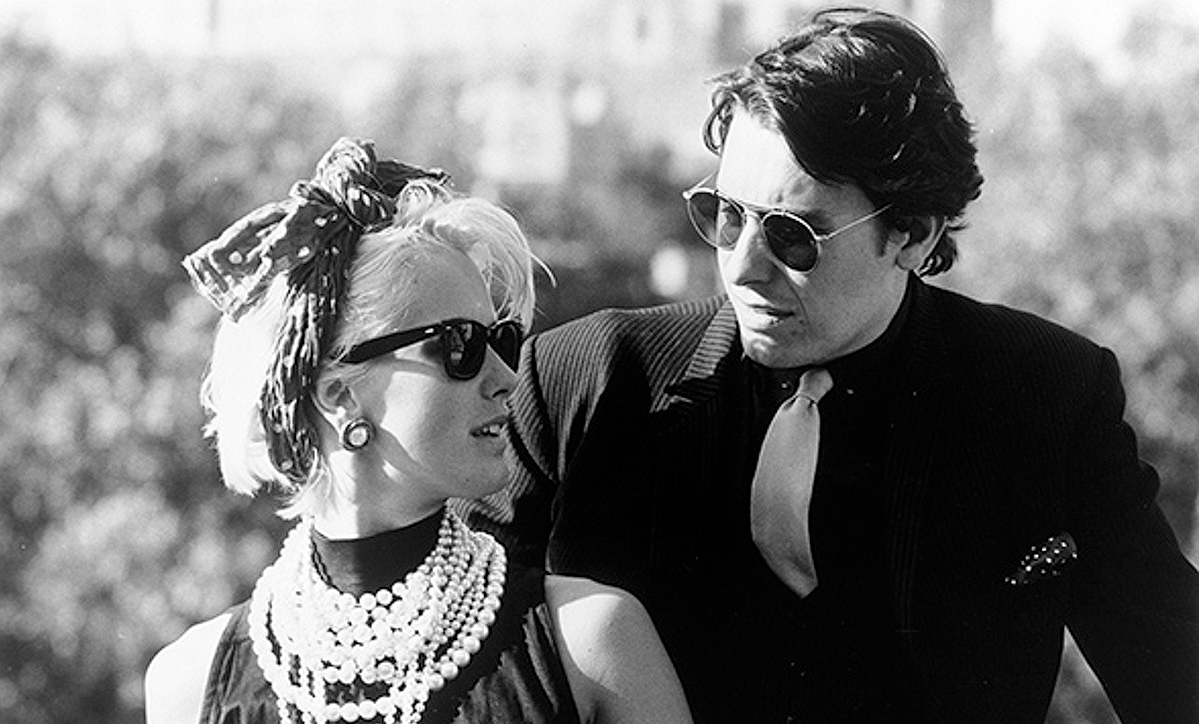 SAINTED SEMI-ALTERNOPOP show of a Friday evening live from Tyne Tees studios in Newcastle helmed, variously, by JOOLS HOLLAND, PAULA YATES, LESLIE ASH, MURIEL GRAY and GARY JAMES. Canonised in retrospect but a lot of it, at the time, was tedious at best, unwatchable at worst. Even the Pet Shop Boys appeared pissed. Nadir came when young oik FELIX HOWARD interviewed, of all people, MACCA. Ten regulator-ruffling moments:

1) C4 handing over to Tyne Tees 30 seconds early, to hear Paula Yates discussing popular literature – “And do you know there’s an entire chapter in Little Richard’s book about a man with a fifteen inch dick up his arse” – and the weather – “It really is fucking freezing out here.”

2) The 1985 five hour summer special, where Jools was busy and had to be replaced with Malcolm McClaren, but whose filmed contributions and an interview with Bryan Ferry were stolen, found dumped in a Soho doorway two days later, then the whole show was pulled because of industrial action.

3) A special late night edition showing the uncut Thriller video, introduced by Jools with a competition to estimate the proportions of Jacko’s pet hamster William – or as Holland announced, “Guess the size of Michael Jackson’s Willy.”

4) Rik Mayall popping out of the local next to TTTV studios to introduce that evening’s programme, including unscripted chunder action. “It’s Friday night, the pubs are open – Beeeeeooork!”

5) A Christmas special with Jools showing viewers how to make their own version of Blue Peter’s advent crown, involving pouring a tin of highly flammable explosive liquid over your dining room furniture before setting it alight. “Make sure you talk to Mum about this one before you do it,” cautioned Holland.

6) Jools suggesting to viewers the number of uses a plastic tube housing a Tube promotional poster could have, including collecting “elephants’ farts” and “hamster turds.”

7) Muriel Gray not being called before the show started, opening her dressing room door to find Paula and Jools introducing the programme right outside, cursing, then running out round the back of the Tyne Tees building to reach the place she was supposed to be.

8) Paula interviewing Steve Cram sitting on her mike throughout, with Jools shouting “I hope you fart” from across the studio.

9) The first ever interview Paula did, with Mick Jagger: “Mick Jagger, tell us – what HAVE you got down the front of your pants?” “That’s for me to know and you to find out”. The exchange was never transmitted.