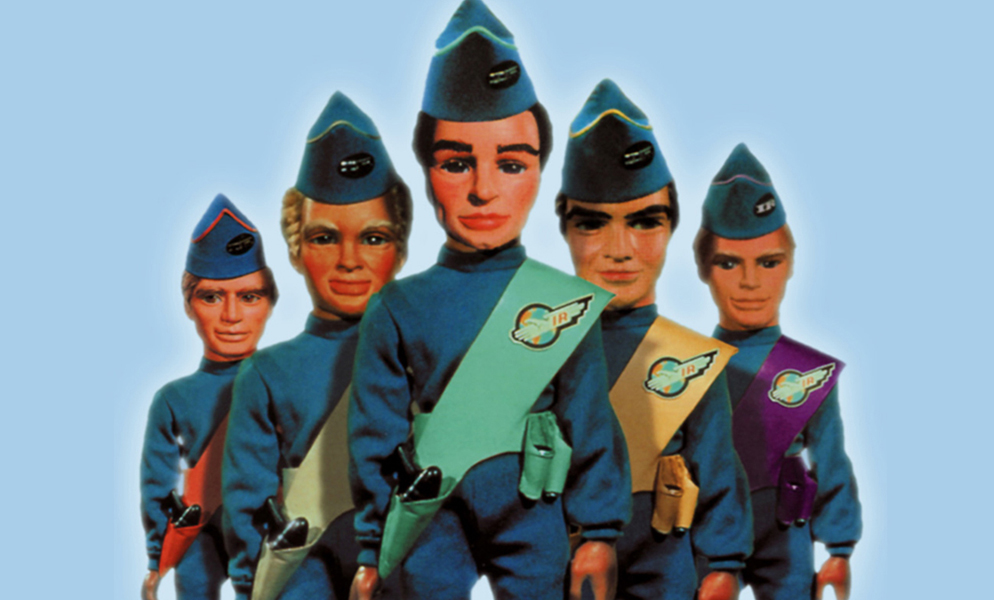 THE JEWEL in the popular Anderson crown, though we’d plump for CAPTAIN SCARLET and the psychotic SECRET SERVICE every time. But then we would say that. We don’t need to go throught the roll-call of characters, do we? Suffice to say that 2 was the best ‘Bird, and the little yellow Thunderbird 4 was the dullest (as driven by Gordon Tracy). The best episode, by general consensus, was the original “Fireflash” supersonic jet one where the undercarriage got stuck, and those specially-designed trucks had to be driven under the wheels. Oh, and the “Vault of Death” one, which was really just the old “don’t touch the floor or the alarm’ll go off” routine, but very well done (with loads of those giveaway “real hand” close-ups). “Thunderbird 6” was the feature-film-based Barnstormer biplane.