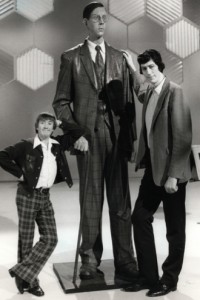 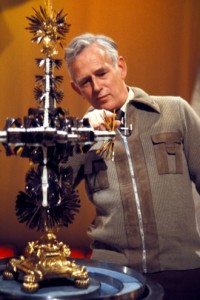 LONG-RUNNING PROMOTIONAL campaign for the Guinness family and, for most of its existence, the only place you’d see 80-year-olds on children’s telly. ROY “OOPS! ANOTHER SOFT CENTRE!” CASTLE was your tapping, trumpetty host, with NORRIS (and, originally, IRA murder victim twin brother ROSS) McWHIRTER as the Book-compiling know-it-all foil. Never-changing menu: sketches, reports, McWhirter-retention testing ‘Norris on the Spot’ round (which always went: ROY: “Have you got a question for Norris?” KID: “What’s the biggest fish?” NOZZA: “Well, I can’t tell you that, but I can tell you that there’s a leopard in Africa that can run faster than a motorcycle”) and closing performance of Castle’s ‘Dedication’, replete with parping jazz tapestries of sound. Everything linked by twangy-ruler sound and pop art animated stings. Numerous obsessions included Precious MacKenzie (miniscule car-lifter), that Rhodesian bus that bent in the middle, and endless domino toppling attempts in a Japanese warehouse (Cue Roy: “The next morning the team returned to a horrific sight. All the stacking they had done the day before had collapsed due to a small earthquake in the area. Japan is noted for its frequent earth tremors…”) with waterfalls, rockets, Mona Lisa reproductions etc. Roy essayed numerous record breaking attempts of his own, including wing-walking across the English Channel (eh?), throwing himself off the top of Blackpool Tower and hoofing around Television Centre (see THE ALL-STAR RECORD BREAKERS). Show went downhill the minute assistants and sidekicks started showing up, including FIONA KENNEDY, MARK CURRY, CHERYL BAKER, KRIS AKABUSI and worse of all RON REAGAN JUNIOR, the Gipper’s very own son. Death knell sounded in 1998 when another moaning athlete took over and immediately insisted it be rebranded – for shame! – Linford’s Record Breakers. 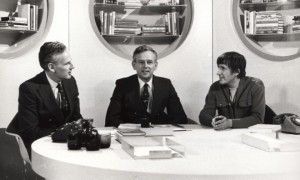 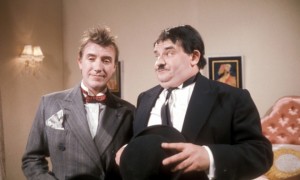