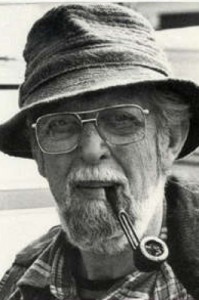 A PROGRAMME as old as ITV itself – nearly. The first instalment of this resolutely ruralcrat-oriented programme turned up at 10.20pm on the second ever evening of ITV broadcasts, hosted by LESLIE PERRINS (“In this first programme we see, among other things how radio-active materials are being used to help farmers”). Most well-known, however, was the early-evening fifteen minuter hosted by JACK HARGREAVES who went “out and about for thois rural craft series” with little or no impact, unwittingly providing the template for The Fast Show’s Bob Fleming (“And we’ll be taking a good long look at a lovely collection of old keys. That promises to be a real treat, don’t it?”) To wit: “Jack Hargreaves is the true countryman who knows and loves rural life in all its moods and aspects…from a sunset to a sailing boat, from a rare bird song to the crack of a shotgun. Each week, he shares his own deep knowledge and country happiness.” Popularly believed to have been ‘under the influence’ on several programmes, there were stories about him looking distracted as if someone off-camera were waving furiously to prevent him saying something embarrassing. Smoked a pipe, and wore a tweed hat with fishing flies all over it. For OLD COUNTRY, he moved to C4 to present a weekly rural diary “from beautiful Hardy country”. Topics included Downland Cattle Breeds and Cutting Up a Pig.