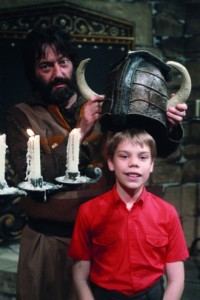 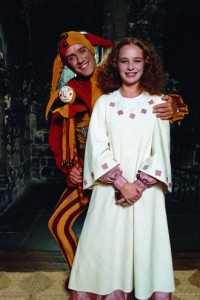 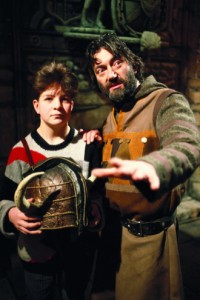 WELCOME READER, bold but fair/in search of truths about KNIGHTMARE/Twas not a show for rakish souls/or those disposed t’ward scoring goals.

Instead the bookish and the plain/were catered for by this fine game/From provincial schools across the land/came bowlcut teens in T-shirts bland/arriving keen to pits their minds/’gainst foes of faint and virtual kind.

“Two steps to the left!” would cry the crew/while bucket-kid meandered through/stone-walled rooms oft’ filled with freaks/to whom only he had power to speak/”Life force low!” boomed Treguard whenever/the kids had to get their shit together/and pick up a jug or piece of fruit/all in order to re-boot/their chance of finding treasures rare/save leaving Anglia TV bare/of anything but the chance to say/”We’ll be on telly a week today!”

But millions still the show do treasure/for memories steeped in childhood pleasure/And sometimes quietly attest/a wish that they could play this quest.