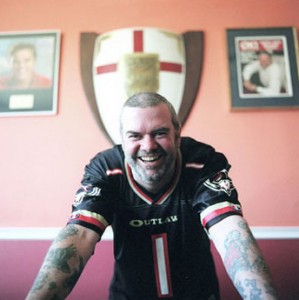 AS PART OF THE “hip”, “trendy” new ITV overnight schedules, on came a programme which featured STAN BOARDMAN, DUNCAN NORVELLE and BERNARD MANNING on a number of occasions. Once heralded by Select magazine as “the worst programme ever made”, each programme would be presented by the eponymous Bluto from his horrible stone clad house with a working bar in the living room, where he’d meet a series of stag night comedians, slag off everything on the BBC, and letch over a bunch of page three girls. It went on for 52 consecutive weeks as well. Unsurprisingly a Carlton production.