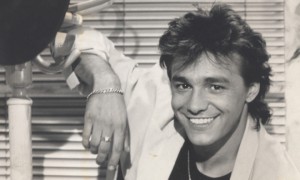 HEY, IT’S 1992 and we’re all European now. So that means we have to sit up to 3am to watch a terrible continental pop culture wrap-up, featuring Nino Feretto, does it? Big on po-faced French rappers inveighing against Nazis, Aids etc. Mainly remembered for dismal interviewing barber, asking dim-witted questions while cutting the locks of that bloke off The Shamen, but most “famously” (a very relative term in this semi-watched netherworld) Oliver Reed. Reed was in a very grim mood and so the interview did not exactly go swimmingly. The questions were like: “So, er..I hear you were once in the British Army..?” “Yeah. Got a problem with that, frog?” At the end the barber made the unwise choice of making fun of his interviewee by putting a silly hat on his “customer”‘s head when he had finished cutting. Reed promptly leapt up out of his chair and beat the shit out of him. The classic Nighttime TV snakebite-addled-teenage-viewer-holding ploy of promising a glimpse of “some tits” later on was increasingly employed as the nation’s youth turned away from the European Union as a valid political idea and towards same as a sort of laugh-at-the-silly-foreigners affair, but with tits (see Eurotrash, but not on this site.)