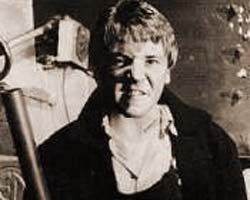 By Roy Minton. Kept from the air for fifteen years for alleged sensationalism, this documentary-style tale of despair, violence, assault and power games in a young offender’s institute has entered pop cultural parlance (the greenhouse rape, the snooker attack etc.) despite being rarely seen, especially in the original TV form – in fact, a recent screening of the original showed that many of the most often-quoted moments of the piece were only brought to the fore in the film version. Among the cast – Ray Winstone, David Threlfall, Phil Daniels and Danny John-Jules. Directed, as was the cinema remake (with much of the original cast), by Alan Clarke.

The original may not be the most celebrated version, and there’s less in the way of graphic depictions of the violent acts, but it scores over its more superficially memorable predecessor in its far more muted effect – less violent, more claustrophobic. Whereas the standout character of Archer (the shoeless, overbright ‘holy fool’) was slightly over-arch in Mick Ford’s film portrayal, here Threlfall, in Botham shaggy mane and ‘tache, gives a much more realistically dour reading. On the other hand, many scenes in the original are played at the wrong place, and lack the atmosphere of the film. Both versions, however, escape a guv’nor’s report and stand on their own merits.