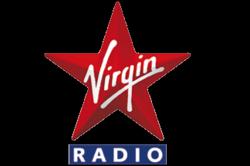 UTTERLY INSANE technologically regressive courting of the ‘moaner’ listenership launched amidst much ‘back to basics’ Classic Rock hoo-hah on 30th April 1993, promising some kind of revolutionary exploding of the way we listen to radio, which turned out to involve little more than ‘quallidy music’ by the likes of Eric Clapton and Simply Red, toted by the sort of presenters who’d recently been thrown out on their ear by Radio 1, and all of it in glorious Medium Wave Muffle-O-Sound. Drew spectacular fire from the likes of Danny Baker, Chris Morris and Terry Christian, and became something of a laughing stock until a BBC-fleeing Chris Evans bought out a hefty wedge of the company and installed himself on Breakfast, with loads of voluble ‘rising media star’ chums (Jonathan Ross, Gail Porter etc) in tow, when its stock rose a little. Now renamed Absolute Radio and seemingly solely concerned with capturing Razorlight in ever more advanced states of ‘live’.