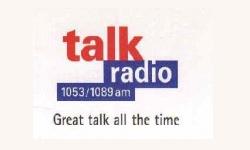 JUST sneaking in under the Cream-Era radar courtesy of initial incarnation as round-the-clock provider of actual genuine ‘talk’, much of it provided by unusually ‘talk’-friendly roster that included Terry Christian, Tommy Boyd, Anna Raeburn, Dale Winton, Samantha Meah, Simon Bates (at last unencumbered by having to fit those pesky ‘records’ into his rants) and Jeremy Beadle, reviving his revered LBC days with a show that involved a demented jingle that rhymed ‘disagreeable’ with ‘Beadle’, and a phone-in quiz about falling down a hole or something. Commercial ownership meant that before long tampering was on the agenda, and it duly mutated into TalkSport, like some nightmarish radio-personification of the 1978 Scoop Sports Annual.