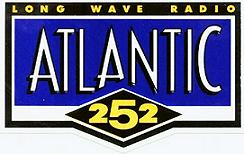 INEVITABLE culmination of post-Rock’n’Roll Years eulogisation of bygone ‘golden age’ when radio was radio and played your favourites all day long, in the form of pseudo-transatlantically-hued occupation of whistle-friendly Long Wave frequency by zany ‘character’ DJs churning out Yank-skewed ‘classic rock’ twenty four hours a day. Novelty of hearing Turtles singles that didn’t chart in the UK exactly how they would have sounded on the radio when not charting in 1965 soon wore off, and nobody much noticed it after that.