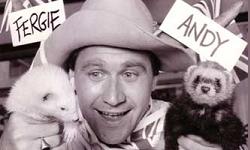 INHERITED from an earlier age of radio (first heard on The Home Service in 1950), but the nauseatingly jolly strains of Barwick Green infested most if not all Cream-era childhoods, plus it was heavily bigged up (albeit ironically) by the likes of John Peel and The Goodies, so in it goes. Saga Of Everyday Country Folk joined in the throes of unlikely Swinging Sixties bandwagon-jumping, with a commune of hippies causing Village Green-based consternation, whizzed through daring coverage of single parentdom, discovery of evolutionarily crucial tropical debris, phone box vandalism, a rock festival, newsroom intrigue, catastrophic effects of Thatcherism, and Walter Gabriel saying something incoherent, all of it bolstered by the most predictable ‘unlikely’ celebrity cameos ever and mostly caught by chance in a ‘guilty pleasure’-stylee while you were waiting for something else to come on the radio.