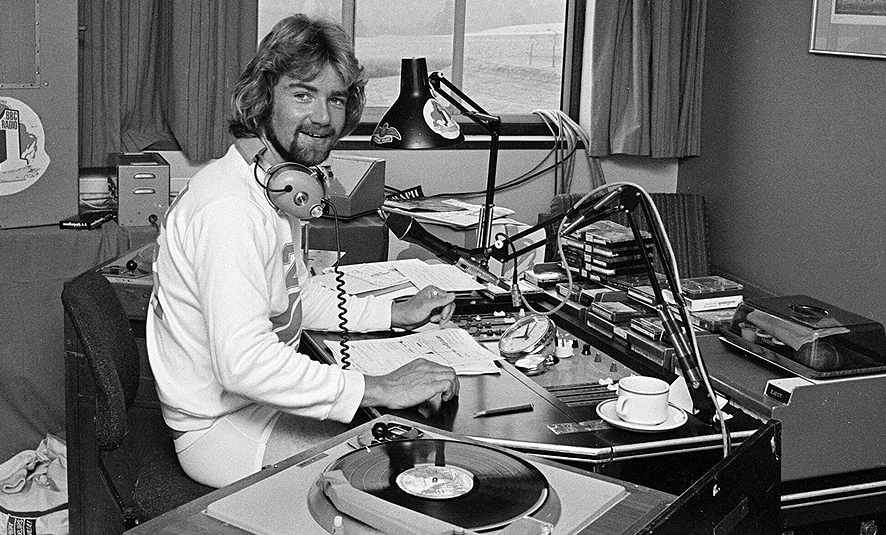 BBC Records And Tapes – arguably the definitive Cream-era record label – existed primarily to release music from BBC television and radio programmes, regardless of whether they stood even the remotest chance of becoming a hit or not. It was therefore rather useful for any BBC presenters with a penchant for likeable and acceptable levels of self-promotion and more than a whiff of the frustrated rock star about them. Not that Noel Edmonds could ever be accused of this, obviously, but all the same here’s his Platters That Mattered from the Beeb’s in-house label. Did he score that much longed-for hit? Let’s have a look… 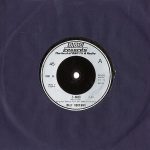 RESL26 Z-Shed/Moon Monkey – Walt Rockman
Noel’s first major TV gig was oddly titled Swap Shop-water-testing live phone-in tackling consumer issues relevant to the nation’s youngsters Z-Shed. Test Card music geezer extraordinaire Gerhard Narholz came up with the catchy Moogtacular theme music under his regular Little And Large sketch-friendly ‘I’m playing the synths now’ pseudonym. This might well seem like an odd choice for a cash-in single, but as we’re about to find out, Noel never wasted an opportunity to get anything under his stewardship out on a 7” platter…


Filling in time between outbreaks of swap-arranging, Noel fronted BBC2’s obviously-subjected magazine show for budding Simon Quinlanks everywhere, Hobby Horse. We can only guess at how delighted he was to be on the ‘other channel’. Simon Park of Eye Level chart-topping fame provided the sprightly nowhere-going flute-heavy theme music – which confusingly for a certain generation was properly titled ‘Big Little John’ – with his own rip-roaring non-Edmonds funk workout on the b-side. Needless to say, it’s the flip that has now become collectable, no doubt to the delight of Little Noelly.

RESL101 I Wanna Be A Winner/Hello, Hello – Brown Sauce


Whether you consider him responsible or accountable, few played as big a part in the short but spectacular chart-and-sketch-show career of BA Robertson as Noel Edmonds. They’d already been collaborating at the drop of a hat for a couple of years when Noel had the idea – not at all motivated by even the slightest shred of jealousy at the hit record escapades of The Four Bucketeers – of the Swap Shop team doing a spoof song as part of the 1981 Swap Shop Star Awards. Thus it was that Maggie and Keith got to enjoy their moment of chart glory as the featured vocalists on this tortuously-rhymed ode to the joys of not winning an award. Noel did not enjoy a solo spot, for some strange reason, but nonetheless was all over the accompanying video doing all manner of comedy ‘playing instrument’ antics. And what’s that on the b-side? It’s only BA’s second – and less good – Swap Shop theme, only presented in a stripped-down instrumental version without even the Nirvana-purloined electronically-treated-Noel vocal bits that gave the track its official title. Hmmm. 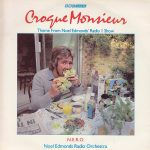 RESL107 Croque Monsieur/Slice 2 – Noel Edmonds’ Radio Orchestra (N.E.R.O.)
Around the same time, Noel also asked B.A. to refit his Radio 1 show with a brand new all-singing all-dancing theme tune, resulting in a quirky instrumental that allowed him to indulge in a running on-air gag that nobody asked for about being the ‘conductor’. The cover of the single showed Noel stuffing his face with the titular sandwich – and looking uncomfortably stuffed on the reverse – while the b-side was basically the a-side only with extra bits of Benjamin Britten. Yes, we’re sure everybody got the joke there. Whatever it was.


It didn’t take long for BBC Records And Tapes – and probably Noel too, if we’re being honest about it – to ask BA, Maggie and Keith to come up with a follow-up hit to capitalise on the success of I Wanna Be A Winner. And they did, but, well, not a hit, though the fact it was more or less exactly the same only with a different artist name for no readily obvious reason can’t really have helped. Intended for a hastily-forgotten Maggie’n’Keith album, the witty b-side about dating the daughter of a bluff military type is actually pretty good!

For more BBC Records And Tapes fun, we recommend ‘Top of the Box’ by Tim Worthington, available to order here.