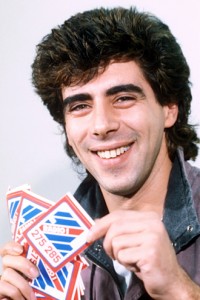 TV Cream’s Summer Scene is dangerously close to actually being finished, which is just as well seeing as summer is doing the same.

In a wholly predictable attempt to whip up interest, unlike the previous attempt which was merely unsuccessful, those guys behind the glass have spliced together one and a half minutes of sound, the majority of which – and here’s the really enormous boon – does not involve the voice from anybody from TV Cream!

That’s surely a reason to be cheerful.

Gary Davies, meanwhile, although not present in this preview, is most definitely in attendance for the real thing.

That’s assuming he can be arsed to make the journey from Madeira Drive, Brighton to appear in some clippage. As Macca would say, press to play:

Related Items:Ear-bothering cacophonies, for such a major Radio 1 figure there's not really that much to say about him is there?, Objectionable tykes, Over-cooked Brits looking flushed in the sun, Package holidays, Plinky-plonky piano music, Pop sounds for ver kids, Sound effects being deployed to over-emphasise lyrical flourishes, Spending half the lesson arranging the blinds so everyone can see the screen properly on a sunny day
Share
Tweet
Share
Share
Email