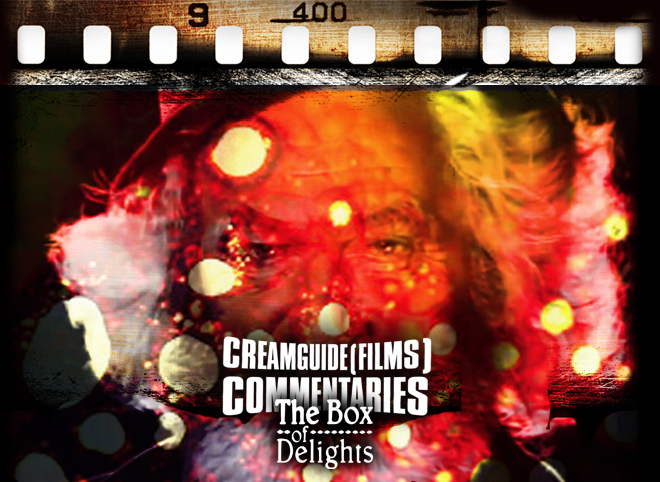 It’s CHRISTMAS! And here to tap and unwrap is the final instalment of Chris, Craig and Jack talking a load of hoary old bobbins while THE BOX OF DELIGHTS plays in the background. We suggest it is the perfect accompaniment to any number of cliches about peeling sprouts and will most certainly be preferable to ‘jokes’ about Willesden on Radio 2. So it’s a Merry Christmas from us and a Happy New Year from them. Goodnight!

To listen, click on the thing above if your browser so allows it. Or download it here (it’s 58 meg this week). If you haven’t already, you could also subscribe. And this is our RSS feed.

SPOILERS: Creamguide(Films) will be back! Back! BACK! in February with some more hoary old bobbins.