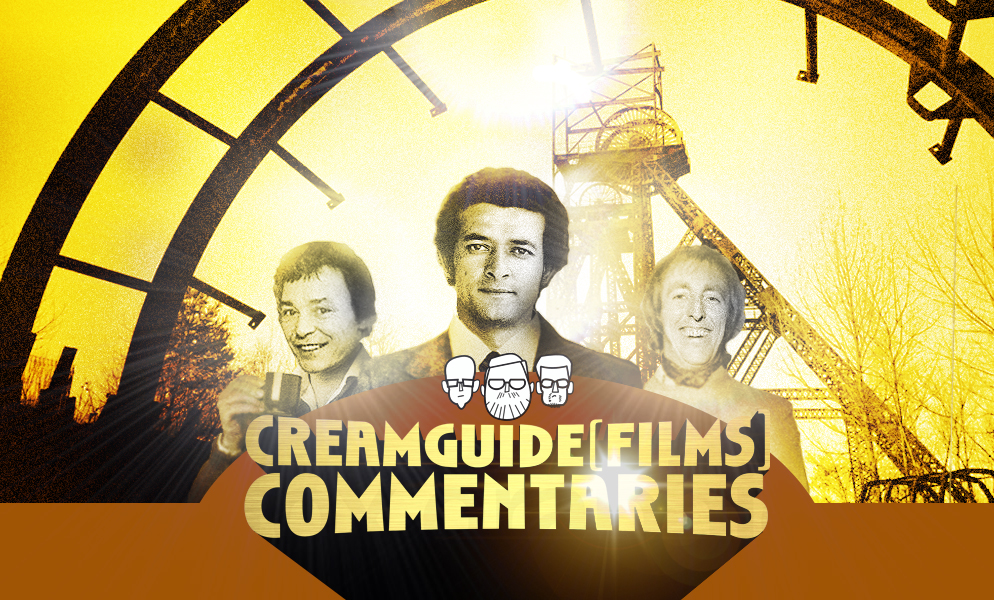 Chris, Craig and Jack hove into 2017 with a sideways look at an early 1980s classic. Yet to be honoured with a commercial home video release, this lesser known work from the pen(s) of Clement and La Frenais boasts a cast equivalent to a particularly pungent episode of ‘Allo ‘Allo! Thrill to the chat about cinematographers becoming directors and swoon as our trio of film buffs get excited about a decanter. For this episode our threesome enjoyed watching along with a digital version ripped asunder from Jack’s own VHS – and if you want to recreate that experience – the first minute of said rip can be viewed herely:


If you don’t want to listen to it using our player (above), then Download this episode (right click and save)(67 MB). Or, to save you all this hassle, just subscribe to our podcast via iTunes. And this is our RSS feed.

CREAMGUIDE(FILMS) COMMENTARIES will return with a right bAstard!