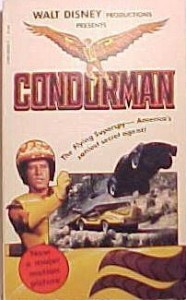 The school book club was a powerful way of teasing money out of tiny hands sent dizzy by a pamphlet featuring a toothy critter extolling the virtues of Gyles Brandreth’s latest offering. It was through these means the Whizz Kids series cascaded across playgrounds, advising juveniles on how to ‘beat the experts at their own game’ on subjects such as bikes, kites, chess and – ambitiously – ‘how to be a detective’. However, if that smacked too much of ‘edutainment’, there were plenty of good old fashioned laughs on hand, thanks to the prolific work of Michael ‘Cyberman Controller’ Kilgarriff and his 1,000 Jokes series, which included 1,000 Jokes for Kids of all Ages, 1,000 Knock Knock Jokes for Kids and best of all, Oh no! Not Another 1,000 Jokes for Kids. Children were also lured by the glamour of the film and TV-tie in. In 1981, who in their right mind could have resisted the high adventure of Schoolastic’s Condorman novelisation or an extra portion of Irene Handl in Metal Mickey’s Boogie Book? The self-styled king of the book club publication was the aforementioned Gyles Daubeney Brandreth who honed in on the joke racket with several volumes (including The Biggest Kids Joke Book Ever!) as well as trying his hand at the ‘misc’ category with such tomes as Super Heroes: The Facts Behind the Legends (James Bond can ‘fly anything from a spacecraft to an umbrella’, apparently), Quick and Easy Magic Tricks, The Hiccups at No.13 and many, many more.