By way of a tribute to David Croft, here’s a bit of Hi-De-Hi at its best (for it was often thus), in the capable hands of the marvellous (for he was always thus) Simon Cadell:

While here’s a scene from Are You Being Served that’s as reassuring in its predictability as the latest “sales drive” was in its inevitable, forgotten-about-in-30-minutes failure. “Then I shall have to go over your head!” 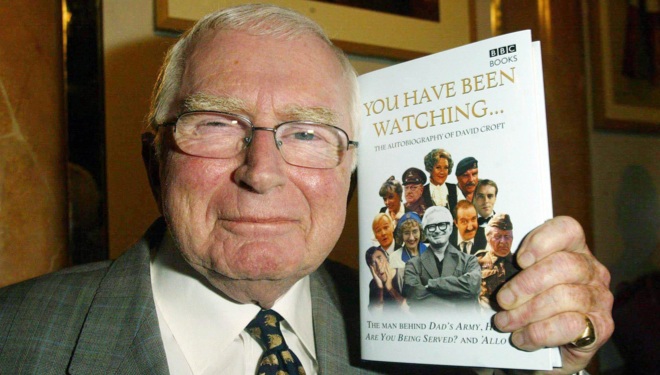