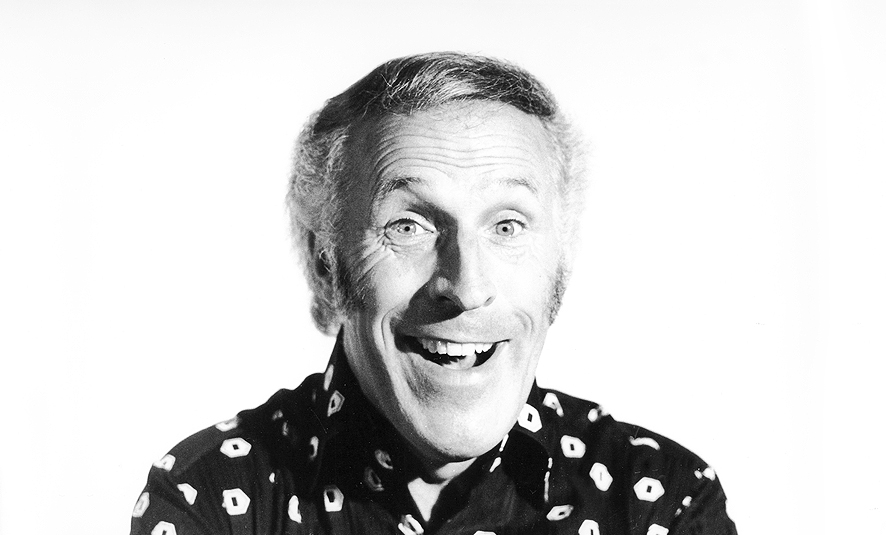 “Sorry. Hold on will you?” It’s – what? – 10 years ago and here’s Bruce Forsyth. In one of our other guises, TV Cream has found a reason to ring him at home. A pause. And then he returns to the phone. “Just watching the end of the golf today. I’ve got it on my Sky +, so don’t worry.”

This isn’t the most incisive insight into his personal life. That, perhaps, belongs to a gentleman, Roger Crow, formerly of the Press Association who once asked Bruce what constituted his perfect Sunday. “If I’m at home, it’ll be cheese on toast, with celery salt,” he said. “If we’re in Puerto Rico, Wilnelia and I like to take the golf buggy down to the beach and watch the sun go down, with a bottle of champagne and a tube of Pringles.”

But let’s jump back to our conversation with the titan of entertainment TV, whose passing today marks the end of something big. Of a type of personality who 1) Would be given the opportunity to command huge mainstream British audiences and 2) Would do so with absolute verve. We shan’t see his like again. He was Boy Bruce, The Mighty Atom, and the nuclear age is now over.

Here are some of the other things he had to tell us during that conversation.

ON THE GENERATION GAME
There’d been things like Double Your Money, Take Your Pick, those sort of game shows with just single people coming up and trying to take money – there’d been that. But there’d been no show before with eight people taking part, playing against each other, doing different games every week. So that was the appeal of The Generation Game and why it hit so big, because in fact often we’d get two couples and we’d sit them on the side of the stage and as soon as the game started, if it was somebody doing something really tricky, the audience would start laughing in the theatre, and you knew the audience were laughing at home as to what they were going to be asked to do. It was so groundbreaking in its day. It broke rules like no other show had ever done. And, of course, since then, you look at the shows that have been spin-offs from The Generation Game. If you look back, you’ll be amazed … “Oh gosh, yeah, that’s what The Generation Game did”. Maybe in a different form, they make a half-hour programme out of just one person or two people trying to do something, but it really is basically ordinary people trying to do something that they’ve never done before.

ON BRINGING IT BACK IN THE 1990S
Well, that’s the thing. When Jim Moir asked me if I’d do it again – because I did it from 1971 to 1978, I think it was and then we had a 10 year lay-off, or maybe longer than that and then we brought it back in the Nineties, thanks to Jim Moir. I had lunch with him and at the end of the lunch we were having coffee and about to go and he said, “Oh another thing I’d like to put to you …” That’s what he really got me there for, because it was coffee to make me think as I was driving home. He said, “How about bringing back The Generation Game?” I said, “That’s the last thing I thought we’d be talking about, Jim. But, I don’t know. It’s quite a while since it was on”. He said, “Yes, a long time now”. I said, “Yeah, well I’ll get out a few old tapes and have a look at it. I suppose if we made it feel like the Nineties and gave it a slicker look …” I had a little think about it and got back to him, and we had another meeting and decided to do it. So we did another five years of it. It did wonderfully, wonderfully well. There again, I knew it was a quality show and even when I looked at some of these old tapes, they made me laugh again. I said, “Oh that was good game, that was marvellous,” and we went back to doing the plays again at the end of the show which were always very, very successful and we did some more of those. We did some dancing things as well, bringing the dancing in. They did, they were much slicker shows. When you looked at them compared to the ones in the Seventies they were much slicker. We cut a lot of corners to make it more Nineties viewing.

ON RUMOURS OF THE GENERATION GAME COMING BACK AGAIN
Oh well, I don’t know. I stopped doing it because I thought we’d run out of games. We started to repeat games and repeat games and that to me, you know… I thought, “Well, it’s time to go now”. I’ve always tried to get out of shows when they’re at the top and still doing well. But if somebody’s got a new slant on it, who knows? The only thing is, there’ve been so many people shows now. Joe Public has worked harder than all the professionals in showbiz just now [Laughs]. I, for one, am starting to … I don’t watch any people shows at all now. I think the time has come to look at other things. I’m a great sports fan on television and shows like the Biography Channel and all those kind of things. I love all that. What with that and my sport, it takes up a lot of my time. But people shows, when you look back over these last few years there has been an awful lot. What I would prefer to see is performers getting up again and performing.

ON HOW HIS ACT HAS DEVELOPED OVER THE DECADES
I suppose I’ve been doing the same sort of thing. I wouldn’t say I was the same performer as I was years ago. Sometimes when I look at some of the old shows I did at the Palladium, I see this idiot running around like an idiot and talking so exasperatingly high, I look and think, “Is that really me? He looks as though he’s hyped up on Speed”. I certainly don’t perform like that now. Not significantly different, but certainly different. I’m probably a little bit cheekier than I ever was, but then I never got into the smutty humour that is prevalent today. I have always had a yardstick that I’ve always worked by. That’s stood me in good stead. I’m not that different, but I certainly have changed.

ON HIS ONE REGRET
I’ve always thought that I would have loved to have done more pure entertainment shows, rather than game shows. I still loved to do the game shows, but I didn’t do enough entertainment! I did a whole special with Sammy Davis. A whole hour, just the two of us. We should have done at least two more of those, because they were so lovely, you know. Could I do them now? Whether the people would be available, I don’t know. It’s different. It’s such a different business now. I mean we used to have big stars coming over from Hollywood and from all over the world to appear on Sunday Night at the Palladium. I don’t know if you’ve got those kind of performers anymore. I really don’t know. Your pop stars, say, they don’t do anything but work in those arenas – stadiums – for 100,000 people. You know, it’s a different business with a different set of values. But it’s a shame we don’t have other elements in television which enables the stars to work with one another and do pieces together and all that. I miss it tremendously, I really do.

ON WORKING IN A HAPPY ENVIRONMENT
Well, I love my work and I love to work with people who love their work as well. Naturally along the way you’re bound to meet people that you disagree with, somebody that didn’t do what you asked them to do – and how can I be in the business all these years and not have a couple of disagreements? But I always – even when I was in a concert party where there was only 13 people in the whole show and that includes the orchestra which was two pianos and drums – but I always like to work in a happy show because, whether it’s a theatre show or a TV show you can always tell if the cast isn’t happy, if the crew isn’t happy. So I always try to be friendly to the crew, I like them all to feel they’re very much a part of it and they are a part of it. I like to be in a happy show. I like everybody to smile at each other and talk to each other and be a part of it. 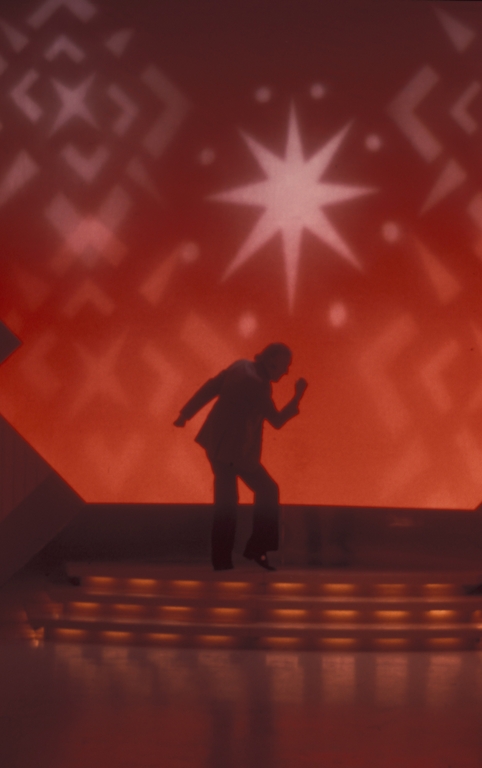