Granted, Radio Times has a history – a now fading history – of terrific Christmas covers, but what of its downstairs rival? We submit that thanks to its more capricious art-editing, and ITV’s lacklustre seasonal schedules, TV Times’ own festive frontispieces present a rather more lurid and appealing advent calendar than the RT.

So Merry Christmas one and all, as we celebrate TVT’s half-dozen greatest Yuletide covers! 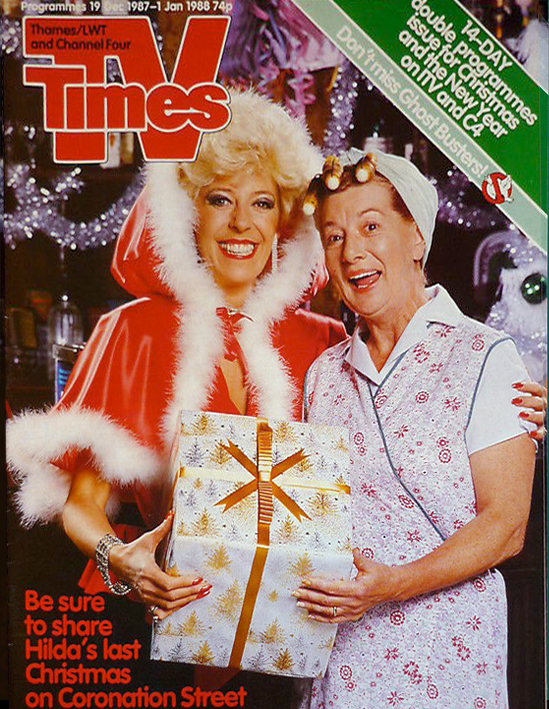 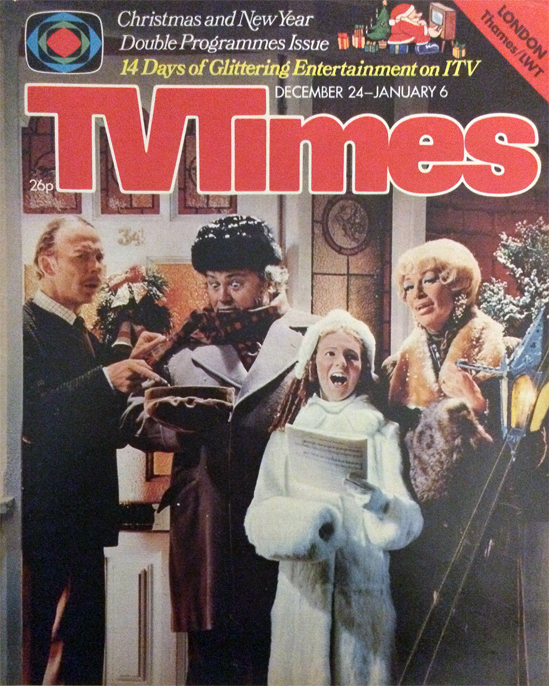 Harry didn’t have to go to Paris to get an eyeful! Although he’d go on to helm one of the worst ever TVT covers, here he is in another quintessential ITV diorama, shipping, indeed, with George, Mildred and Violet Elizabeth Bott. As the coverline makes clear: glittering entertainment. 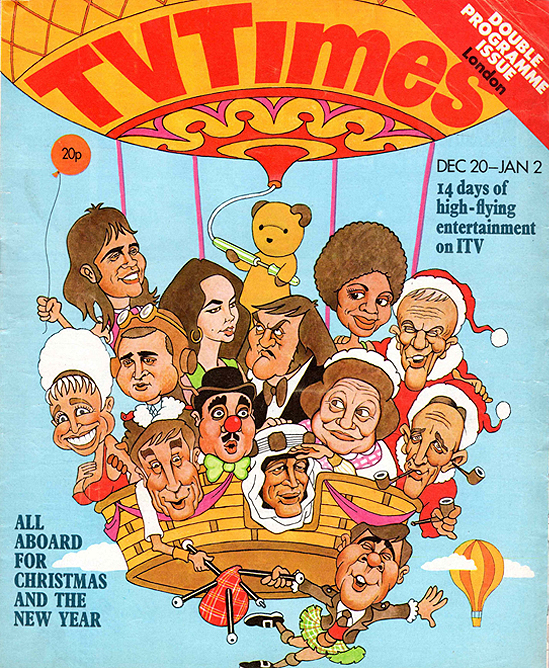 The Christmas hats aside, one could argue that this has a more Easter-ly vibe. But we care not! It also feels indicative of those mash-up-of-characters covers Fleetway comics would do when two of their titles merged, so it’s an aye to that. Sooty pumping the balloon an additional genius detail. 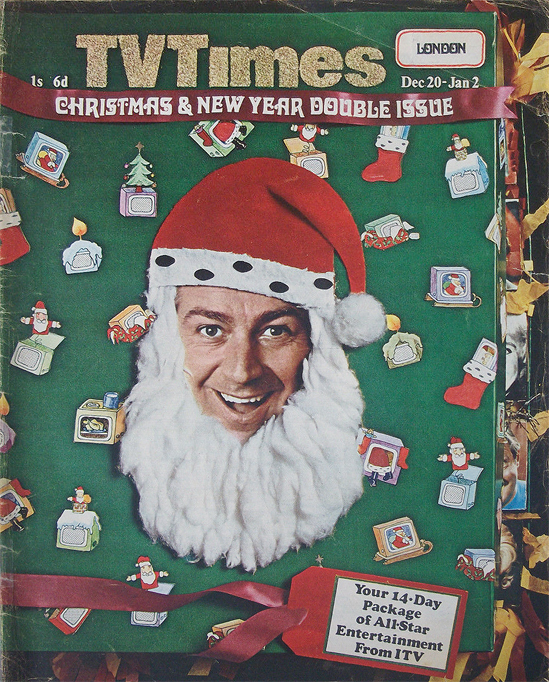 An art department triumph! There’s nothing here to indicate TVT even so much as met Des for this cover image, but the appropriation of his mugshot into a Santa face is masterfully done. And the concept of O’Connor-themed wrapping paper – YES. Also, very much appreciate the little telly themed Father Christmasses. Look! One of them is actually a tiny oven with a turkey inside. 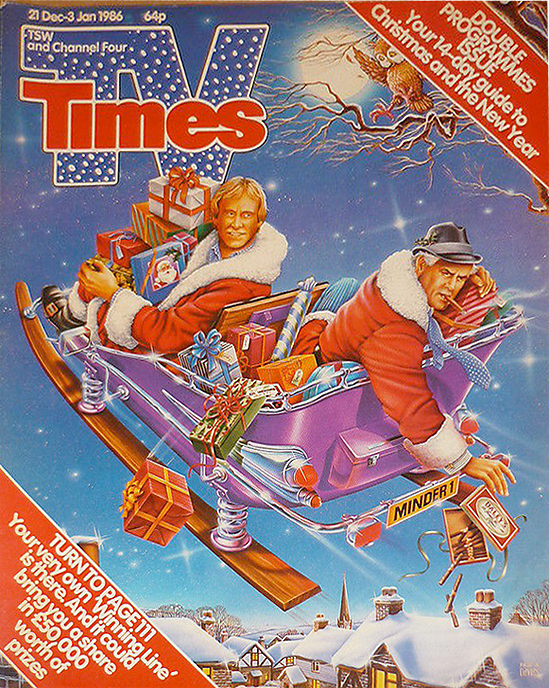 Although Minder On The Orient Express would be duffed up in the ratings by Only Fools, who cares when it provided inspiration for this terrific winterscape? Tel and Arthur (holly sprig in trilby band) getting into some bother in Santa’s sled while a discomfited owl looks on. What’ll I get for Christmas for ‘er indoors? This! A smashing painting! 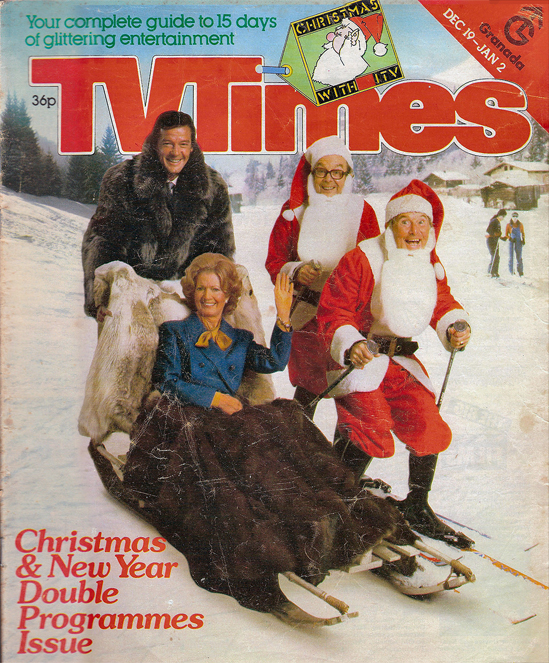 A lavishly budgeted restaging of the 1978 cover, this one has got the lot! Yes! ITV has a Bond, The Man With The Golden Gun actually, plus M&W arguably returning to the near-peak of their powers and – of course – Janet Brown as Mrs T. Roger: “I’ve pulled a few powerful ladies in my time before, but never pushed them…” Janet: “I push Denis around all the time!” Plus, a hint of appropriate shilling to the network, with the inclusion of that for-one-season-only ITV Christmas tag alongside the logo. ALL CHRISTMASSES SHOULD LOOK LIKE THIS!