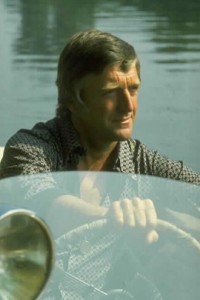 Journalist Michael Parkinson, pictured here being a journalist back when he was still one of us, has been making the headlines again like every good journalist should.

As happens every time he pens a column for Radio Times, a few of his remarks of a strictly journalistic bent (naturally) have found their way into a press release and hence into the media and on to websites like this one.

This time, the nub of Ol’ Miserable Bastard’s peroration seems to be the fact his family were considered “too dull” to form the basis of an episode of gutsy genealogical gallop Who Do You Think You Are.

The crafty bugalugs. What he really means, of course, is that they were “too dull compared to me, Michael Parkinson the journalist”.

He’s resorted to using his own ancestors to remind the public, as if they needed it, of why he should still be considered of relevant celebrity stock. So much so, runs the implication, that every other contributor to Who Do You Think You Are pales by comparison. After all, none of them are journalists, are they? Chris Moyles? Martin Freeman? Tsk!

TV Cream hasn’t had much time for Parky since he stopped being one of us and became one of them. Conveniently enough for the theme of this blog post, this happened when he himself became “too dull” to bother with anymore as appointment television. This was roughly the turn of the last decade.

It was also the point when he stopped bothering to hide the massive contradiction his career had now become. This can be summed up by another outburst from the latest Radio Times, where he yet again decries the very thing he came to depend upon: celebrity, in particular “the spirit of the celebrity worship that pervades the engine room of modern television.”

That would be the spirit that you spent the last 10 years stoking shamelessly every Saturday night, Mike? But wait, because he has more to say on the rarefied climes in which he now walks.

For he is a journalist first and foremost, and has been using his journalistic conk to sniff out a bone-chilling exclusive.

Apparently there aren’t enough female comedians on television, and “anyone who has ever done a talkshow will understand the problem” – the “anyone” in question being no-one except him, because nobody else has done a talkshow. Fair enough, perhaps, but he doesn’t go on to tell everyone else, i.e. the whole of the population, what the “problem” is. He just says the solution should be a “TV showcase”, presumably like Laughs From Her Majesty’s.

Ah well. He wonders “whatever happened to stand-up”, forgetting he hosted a show that, once upon a time, was the most generous platform for stand-up there was, until it became a generous platform for whatever ITV1 show needed a plug that week. And there you have it: back to the Rubicon the man crossed when choosing to swap the role of adjutant for supplicant.

The difference, in other words, between a brown-and-orange studio set and an electric blue one.