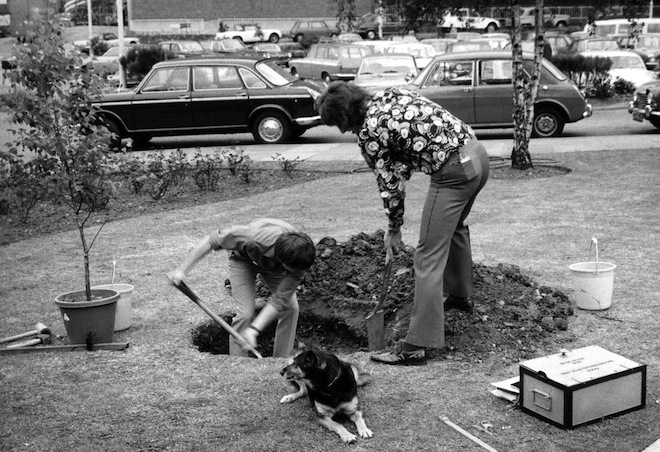 It’s a truly historic week for British TV. Blue Peter has broadcast its last ever episode from Television Centre. The show has now shipped off for its summer expedition, and when it returns it’ll be based in shiny Salford. To mark the occasion, here’s a quick pictorial tribute to… The TV Centre Years. 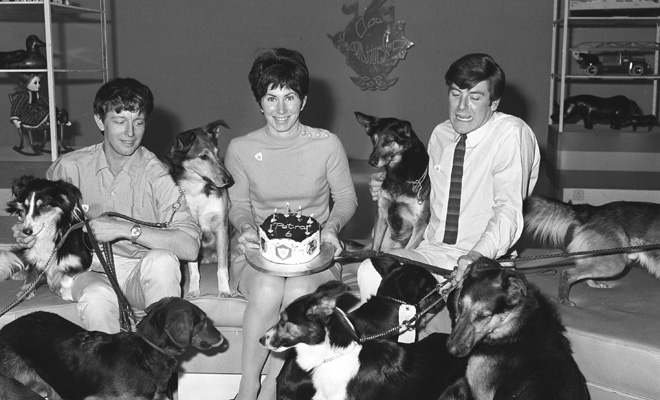 Petra's sixth birthday on 4 November 1968, and the studio is awash with bitches (Biddy Baxter not pictured) 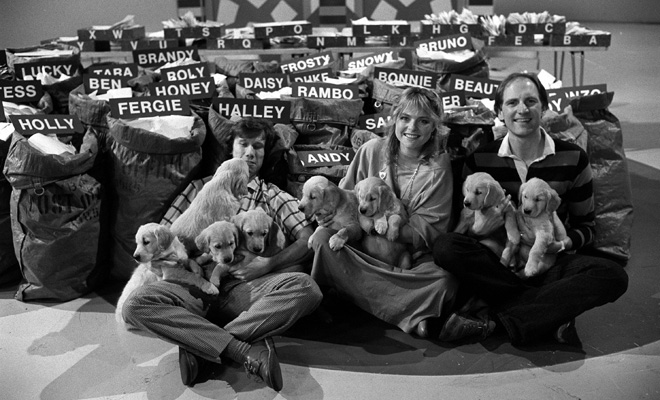 More dogs! It's 27 March 1986, and the team reveal *your* choices of name for Goldie's offspring, including the none-more-mid-80s picks of 'Fergie' and 'Rambo' 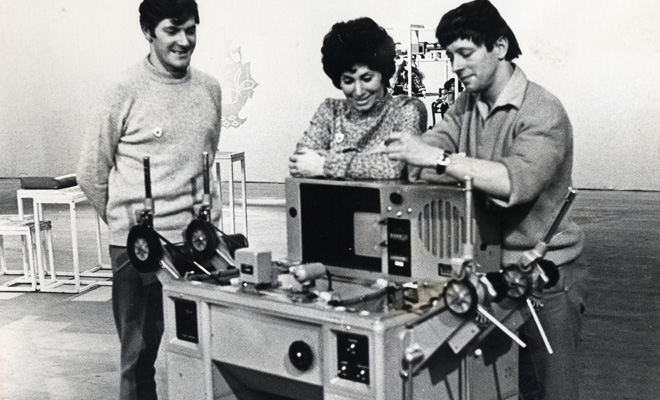 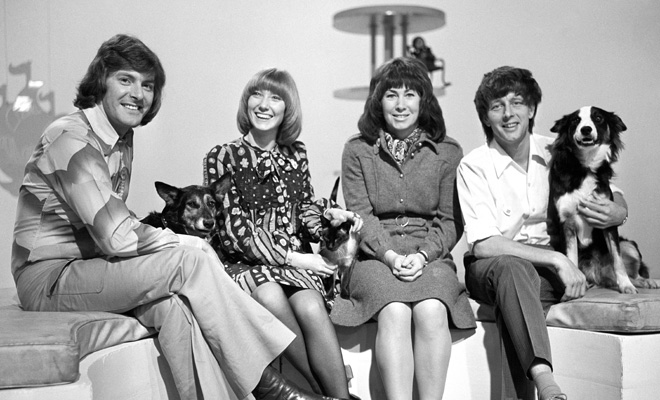 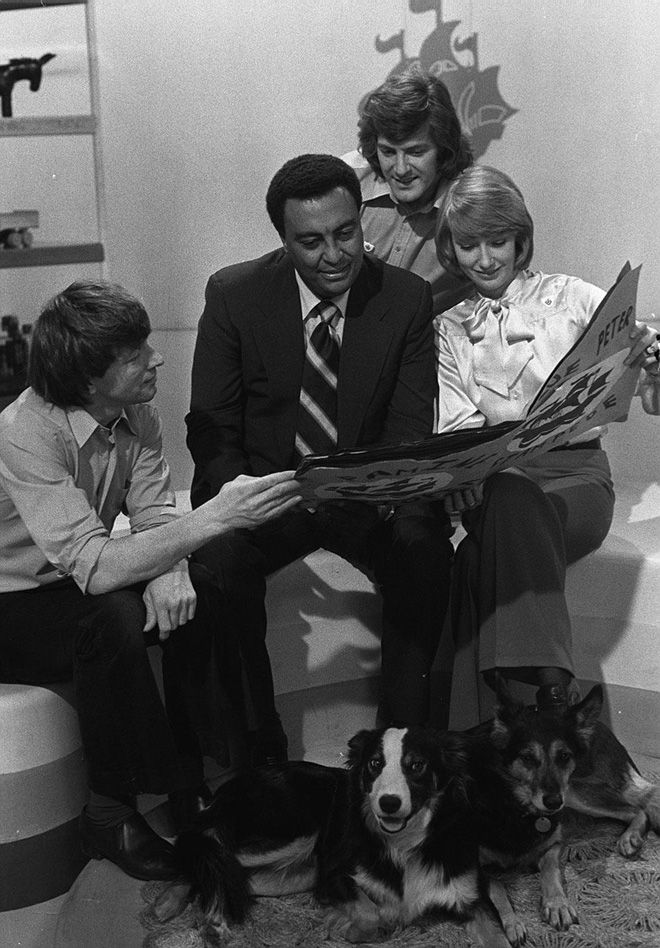 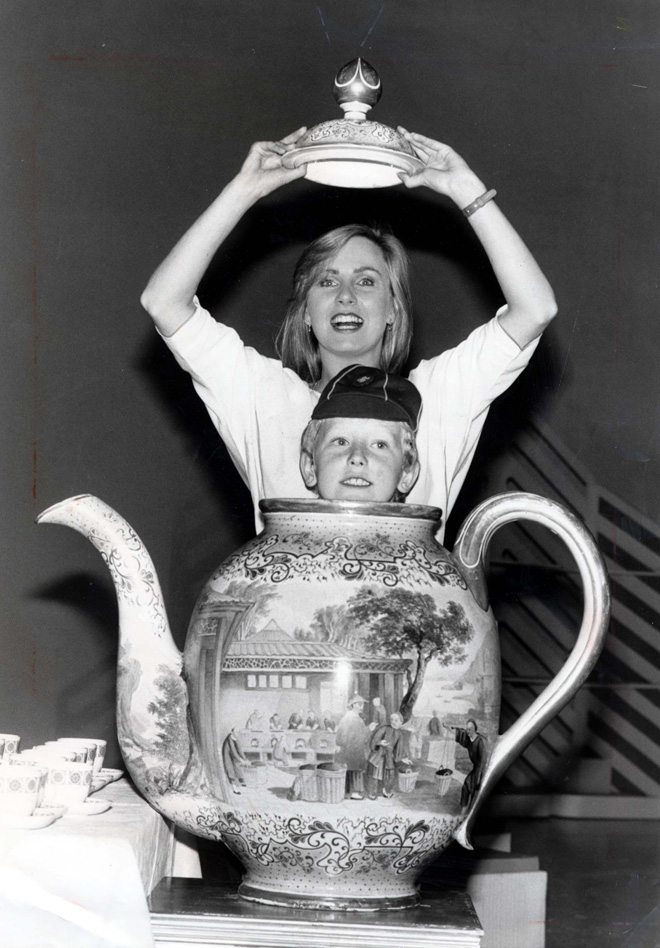 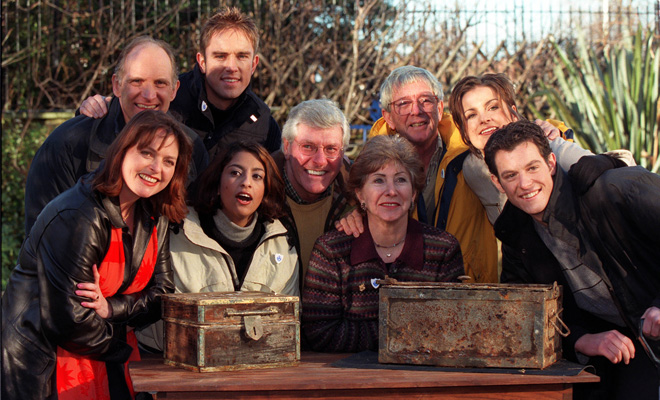