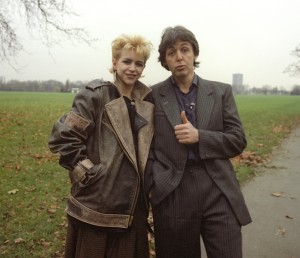 Except now we’re on the new TVC, we can doff a Broad Street-sized hat in both sound and vision, courtesy of Spotify.

Somewhere down on the right hand side of the page you’ll see a new McCartney-themed playlist, unimaginatively titled A Macca Mystery Tour, wherein some of Percy Thrillington’s finest less well-known offerings have been collected.

That’s not to say it’s stuffed full of ultra-obscure ‘something I knocked up in the front parlour while Linda was hanging up the washing out back’ noodlings. Though there is a charming instrumental called Front Parlour.

No, it’s chiefly your middle-ranking hits and undeserved misses, like the fantastically frugsome Arrow Through Me off Back To The Egg, the ‘let’s speed up at the end for no reason’ Spies Like Us, the Now That’s What I Call Music 2 smash No More Lonely Nights (Arthur Baker Mix) and the rollicking Ballroom Dancing.

Particularly recommended is the ace Average Person, wherein our hero recalls various encounters with working class archetypes – an engine driver, a waitress, a boxer – replete with profession-denoting sound effects, each of whom has a secret to tell about their otherwise mundane lives, prompting Paul to ask us gnomically: “look at the average person, speak to the man in the queue, can you imagine the first one is you?” As if that wasn’t enough, there’s a fine example of Macca slipping in a cheeky colloquialism: “Yes, mate, you heard right!” 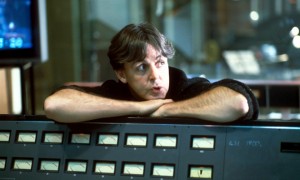