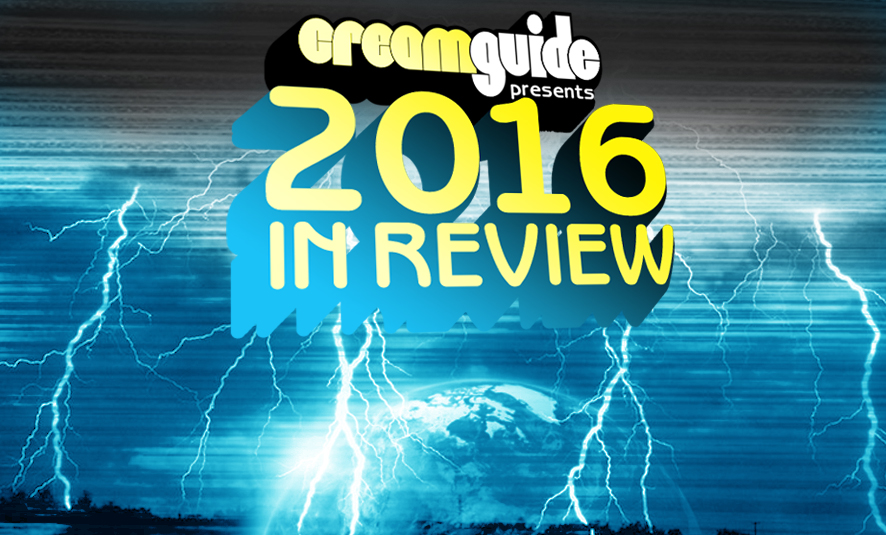 Let’s put the full-stop on these godawful last 12 months and get on with our lives with this ‘reprinting’ of the Creamguide Review of the Year – culled from yesterday’s edition of our regular TV and radio highlights email service, which, if you like, you can subscribe to at the foot of this post. Or in one of our sidebars. Somewhere.

To be honest, it’s actually been quite a good year for Creamguide on a personal level, but in terms of the wider world it’s been pretty piss-poor and as we survey the last 12 months, it seems a bit like the end of a disaster movie which grimly and solemnly catalogues those who managed to survive it.

But, we’re all still here now, aren’t we? So in the grand tradition of Nationwide, it’s time to ask… 2016 – Was It Really That Bad? 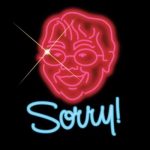 JANUARY set the tone with the deaths of Dame David Bowie and Lord Terence of Woganshire, two people who made incredible contributions to British culture and it still seems amazing they’re no longer with us. BBC4 inadvertently predicted another celebrity death as they started repeating Sorry! and it was a treat to hear that majestic theme tune on TV again. The best thing BBC4 showed, though, was of course Pops, which shook off the bizarre additions to the line-up in 1980 to burst into the Michael Hurll Golden Age, and did it twice a week to boot! Meanwhile Gold repeated Bob Monkhouse On The Spot, one show featuring both surely the last ever TV appearance of Grace Kennedy and Bob’s first ever joke about the internet. 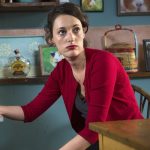 In FEBRUARY Channel 5 aired the dodgiest archive show of 2016 in That’s So…, an own brand Rock ‘n’ Roll Years with grotty archive footage and illiterate captions, plus, despite being an ITN production, news bulletins taken off YouTube. For all those legends leaving us, Derek Griffiths made a spectacular comeback – not that he’s ever been away, as he’s such a great actor, but he appeared twice in one night on both Silent Witness and Tracey Ullman – and would later go on to join Coronation Street. The Pops repeats reached another strike episode, Tommy Vance trying his best to pretend he wasn’t linking it all from Pres A by referring to a tape of Kelly Marie being “over there”, and the way the episodes have fallen meant we heard Hot Love more than the one she did that got to number one. BBC3 closed down as a telly channel – though it carried on with a secret schedule at 2am for a few weeks – but is still going strong online and Fleabag was one of the most acclaimed shows of the year, so there. 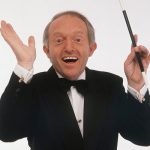 MARCH saw Tony Blackburn have to go away from Radio 2 for a bit, but him and the Beeb have settled their old differences and he’s back there now, so hooray for that. Cliff Michelmore and Paul Daniels died on the same day this month, though Creamguide’s niece was born that day so we’re hoping she’s the reincarnation of one of them. Too Much TV was a bit of a grand folly, an attempt to do Strcitly It Takes Two when Strictly wasn’t on but ending up looking like a worse version of The One Show, just before The One Show. We had to skip three weeks of Pops repeats because of the presenters and a cock-up with the tape, but happily got the 19-minute episode from Cup Final Replay day. Meanwhile Channel 5’s Best of Bad TV featured Ant and Dec’s Geordie Christmas. What was wrong with that? 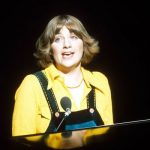 In APRIL, Ant and Dec presented Saturday Night Takeaway live from a ship, which was quite good, but Going Live! was being presented from moving ships 25 years ago. Daftest idea of the year was the Boat Race coverage inviting Tommy Saxondale lookalike and acquired taste comedian Seann Walsh to provide a look at, yes, the lighter side of the Boat Race, via a series of uncomfortable interjections that mostly died on their arse and inevitably generated hundreds of complaints. Pops on BBC4 reached 1981’s amazing Summer of Medleys, plus the never to be forgotten sight of the giant Simon Bates clapping along to Shaky through gritted teeth, while we started looking forward to a mad period of voting, although now we never want to see another election as long as we live, to be honest. And as if things couldn’t get any shitter, Victoria Wood died. Bloody hell. 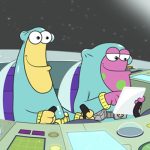 Charter renewal was in the news in MAY and Points of View provided the views of a man who thought the Beeb had “too many” radio stations and they should just have one featuring everything. Don’t forget, it’s very important to hear these views. Zig and Zag were back on the telly, in animated form, which is alright but they’re controversially sporting legs, and Zig just wasn’t stupid enough. The local elections brought us the first ever Party Political Broadcast for the Monster Raving Loony Party, albeit only in Wales, which must surely be some kind of landmark in political history. In other voting news, Creamvote was back, to immense apathy. 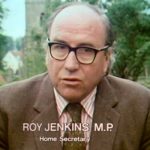 We know this piece is mostly about Pops on BBC4, but it just generates so much content. In JUNE we had the baffling debut of Zoo, and then the magic of Christmas as we reached the end of 1981 with the brilliant Christmas Eve episode which we reckon is the best one they’ve ever shown. The Beeb and ITV both did documentaries about Euro 96, while BT repeated the original matches with ITV commentary, some of which, including Peter Brackley talking to his director, had clearly never been heard before. BBC Parliament presented a night devoted to the last referendum including the amazing choice of The Rock ‘n’ Roll Years, but we doubt we’ll be looking back so fondly on this year’s in the future. 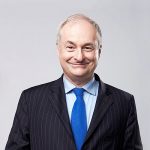 Less earth-shattering consequences came from another vote in JULY when we revealed Doctor Who is the best theme tune ever, which we could have guessed before we spent two years finding it out. Never mind. The Pops repeats motored into 1982, one episode being delayed by an hour because of Wimbledon that made everyone on Twitter explode, although as far as the Welsh contingent of TVC Towers was concerned, Euro 2016 was the most exciting sporting event there’s probably ever been, despite Mark Bowen’s tedious commentary on ITV doing its best to bring it down. Paul Gambaccini was the new host of Pick of the Pops, his rather earnest approach being something of an acquired taste, though the bigger issue is him always missing out the records we’re waiting to hear. 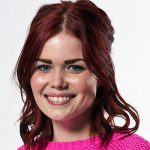 In AUGUST we all enjoyed the Olympics that were supposed to be a complete disaster but instead were a triumph, and especially for Team GB where we even got BBC1 and BBC2 simulcasting the same hockey match for half an hour. Still, it barely matters if some telly is a bit rubbish when sporting history’s in the making. Uncle Matt and Dame Helen were there, while this month Simon Thomas also started presenting the Premier League on Sky Sports, thus continuing Blue Peter’s domination of the media. And Lindsey will be the next primetime star, we’re sure. Pops on BBC4, meanwhile, gave us Garth Crooks, an April Fool and the first of many brilliant hosting assignments by John Peel. 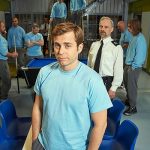 SEPTEMBER saw the Beeb’s Sitcom Season with Porridge coming back for more in 2017 and Goodnight Sweetheart not, despite a tedious letter writing campaign to the Beeb. Cold Feet was back too, which we found very aspirational first time round and enjoyed just as much this time. New this month was Go 8 Bit on Dave with the best revolving set on telly for years and if you get the chance to see WiFi Wars, the live show it’s based on, do so because we did recently and it’s brilliant fun. Worst thing on telly this year was Channel 5’s When TV Goes Horribly Wrong which not only dug out Anthea on fire again but also Tommy Cooper’s death virtually right to the bitter end. A disgraceful bit of broadcasting. 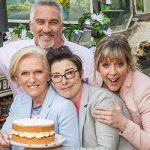 OCTOBER brought us the Bake Off business, the best thing about it being the Beeb more or less coming out of it smelling of roses, which will surely only continue when the Les-McKeown’s-Bay-City-Rollers-style new version with Paul Hollywood and some other people finally limps onto our screens in 18 months. We’d all forgotten about it when Ed Balls became the most beloved star in Britain anyway. The most bizarre Pops of the year was the Steve Archibald Special with a literal cast of thousands, and we played pop in Creamguide too with the countdown of the Top 25 singles ever, soon to be seen in expanded form on your all new TV Cream! 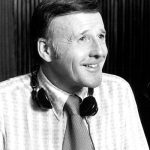 In NOVEMBER we were finally put off staying up late on election night for good, Jimmy Young wisely calling it a day 24 hours previously. In more trivial news, Points of View devoted many precious minutes to the Union Jack being displayed upside down on TV shows, As If It’s Important. Pete Burns’ death got us digging out a few clips of this perennially entertaining figure, including an appearance on Pop Quiz, which of course has since returned to TV – obviously on BBC4 – for two festive editions, with Mike Read paving the way for Saturday morning hosts to resurrect other moribund formats. Then, if things couldn’t get more unsettling, TV Cream went offline… 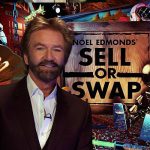 …but it came back, back, back in DECEMBER with an exciting new look, which we hope you like. As if 2016 couldn’t get more bizarre, surely Channel 4’s continued indulgence of Noel Edmonds beggars belief, giving him two new shows despite clearly being a total liability, even managing to piss off good old Pip Schofield on Twitter. Pops reached the end of another year, though minus Mike Smith whose episodes we’re not getting, but if you’re so concerned about the other presenters and artists getting repeat fees, where was the concern for the 35 years they didn’t repeat any episodes, eh? Anyway, eventually we made it to Christmas and here we are ready to take on anything 2017 flings at us.

If you’d like a Creamguide email delivered to you every Thursday – or thereabouts – enter your email below!