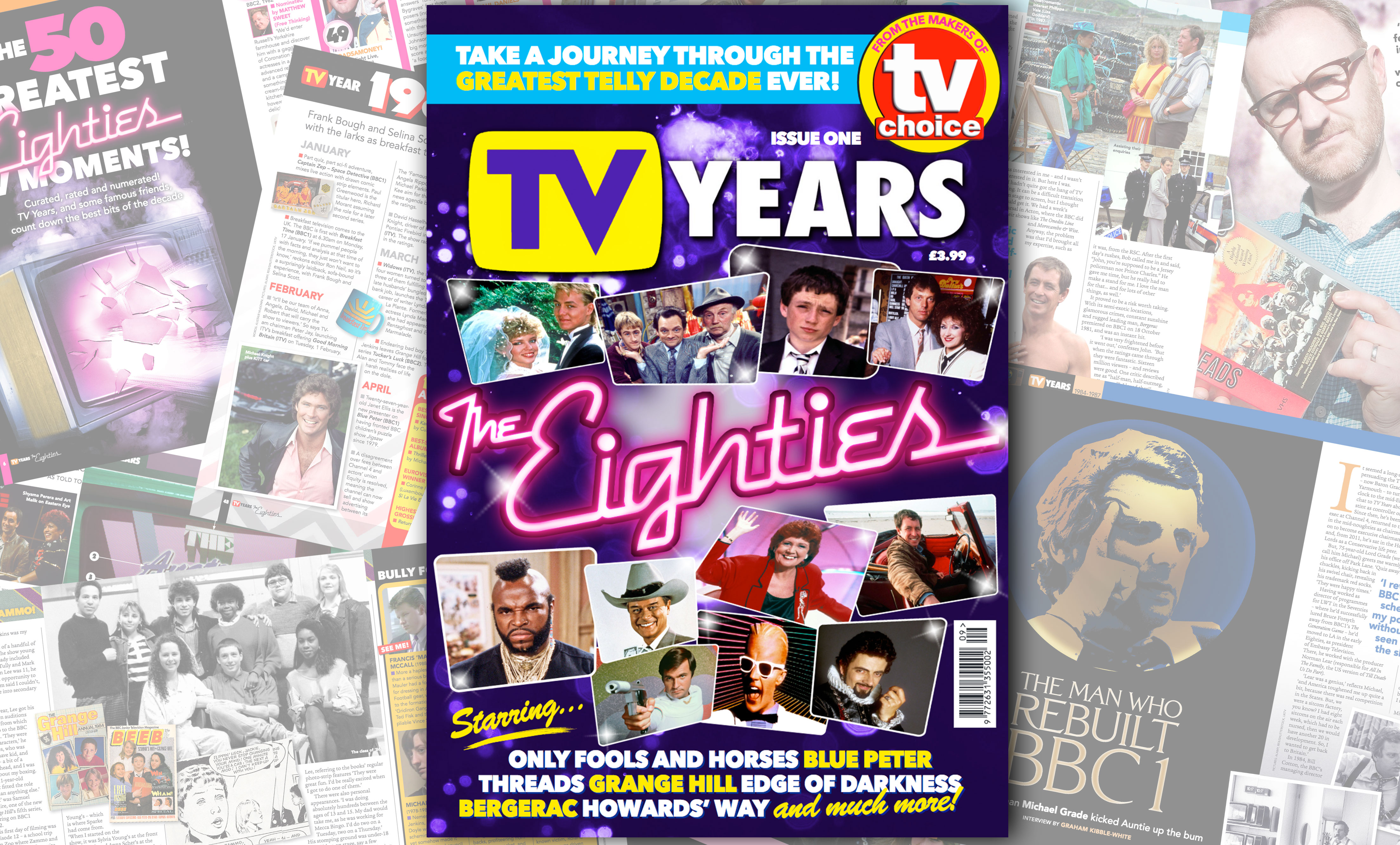 Called TV YEARS, its first issue is all about the nostalgia decade du-jour, The Eighties. Weighing in at 100 pages, but costing just £3.99, it comes from the makers of TV Choice magazine, working in happy consort with folks you might know from TV Cream and other things you possibly like.

– John Nettles on Bergerac (“One critic described me as ‘half-man, half-nutmeg, all sex god’”)
– Lee MacDonald on Grange Hill (“We used to bang on The Young Ones’ dressing room door – they’d chase us around Television Centre”)
– Michael Grade on running BBC1 (“I rewrote the BBC1 autumn schedule by my pool in LA, without having seen any of the shows”)
– Steve Nallon on Spitting Image (“In 1987, Labour asked me if I’d do a political broadcast for them”)
– Sarah Greene on her time in children’s TV (“…At which point Chris Bellinger said into my earpiece, ‘That’s enough!’”)

The Story of Only Fools and Horses; Glen A Larson; Year-By-Year Guide to the Decade; TV-am; Howards’ Way; Edge of Darkness… The Gold Blend couple

TV YEARS will be available in all good supermarkets and newsagents. You’ll also be able to order it online – and we’ll let you know the relevant address next Tuesday.

You can find TV YEARS on Twitter here: @tvyears