It’s not clear why it’s been sent round today, given the actual anniversary is “on the 26th November”. Still, it’s always good to have a reason for looking back at Dave’s life and “the bands he’s met along the way”.

One of them appears to be somebody called “Gary Newman”. Apparently this person achieved great success and had a number of hit records. Ditto “Marc Bowlan”.

The press release also mentions a few “legendary broadcasters” Dave has worked with down the years, “such as the late and great Kenny Everet”. There’s also a list of the Kid’s “contemporaries still working in radio today”, including “Emperor Roscoe”. Sybil seems to be doing alright for herself, then.

Finally we’re treated to a couple of anecdotes from the man himself, including one concerning a guitarist called “Jimmy Hendrix”. There’s also a rundown of some of Dave’s TV work, which makes no mention of The Roxy whatsoever, but does acknowledge “the first 3 annual Brit Awards (known as the British Rock and Pop Awards)”.

Notes to the Editor:

For more information about this blog post please contact Some Bloke In The Street Who Can’t Be Arsed And Who Doesn’t Know How To Write The Names Of Famous People Let Alone Cross-Check Them On A Computer. 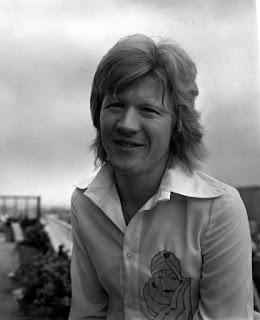