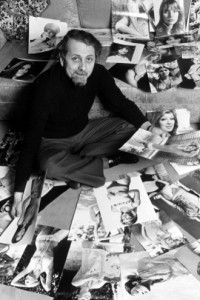 Brian Clemens is the subject of a season of screenings at the British Film Institute on the South Bank in London, beginning on 2 July.

The man responsible for the story behind Highland II: The Quickening, the teleplay for Perry Mason: The Case of the Heartbroken Bride and a whole six episodes of Father Dowling Investigates is getting a month-sized doff of the hat in the shape of a line-up that – perhaps wisely – contains none of those offerings.

Instead if you’re in London or the south east (as Simon Groom used to say), there are episodes of The Avengers, The New Avengers, Danger Man, Adam Adamant Lives, The Professionals, The Invisible Man and Thriller to enjoy.

There are also screenings of Dr Jekyll & Sister Hyde, Captain Kronos: Vampire Hunter and numerous extremely rare offerings from the BFI’s vaults (which we like to think are Clemens-esque in their size and furnishings, including plush carpets and a steam-powered organ).

The man himself is scheduled to make two appearances, one to talk specifically about The Avengers (22 July) and then to roam back over his entire career (28 July).

You can find full details of all events, and how to book tickets, on the BFI website.