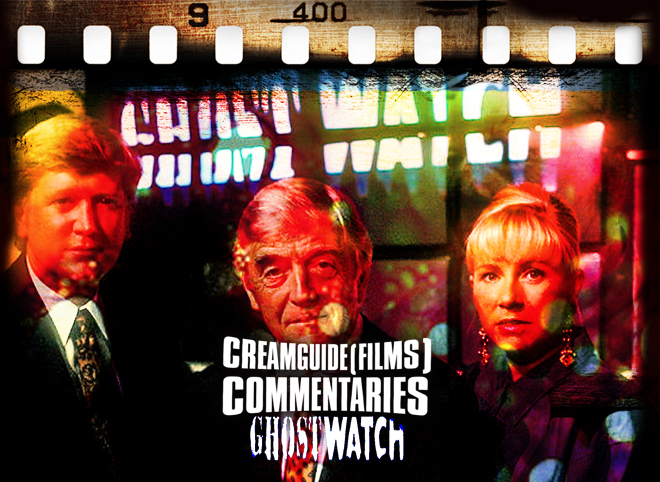 It’s time! IT’S TIME KIDS! Creamguide(Films) does Hallowe’en but doesn’t ‘do’ Halloween. Instead Chris, Craig and Jack have been watching, commenting on and swearing along to the superlative BBC drama from 1992 GHOSTWATCH. But! Is it really a drama? (Yes)

Turn it on when Parky’s name appears and enjoy the miserable old scrote do something useful for a change (and this is the BFI DVD release which we think is the same as the BBC one.)

Should your browser allow, you’ll be able to listen to it above. Or download it here (it’s 93meg). If you haven’t already, you could also subscribe. And this is our RSS feed.

THIS COMMENTARY IS RATED ‘PG’

SPOILERS: The rustling noise isn’t Pipes, it’s us demolishing a box of After Eights

1. It didn’t go out live of course. It was pre-recorded.

Creamguide(Films) will return with a journey into SPACE!