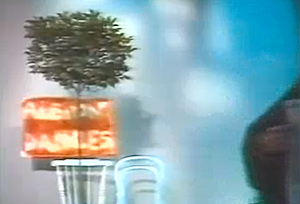 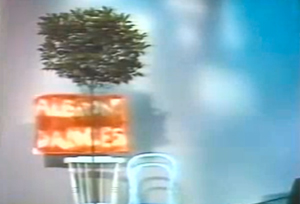 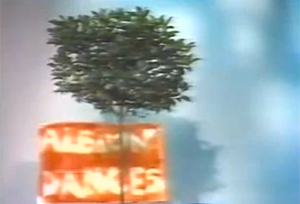 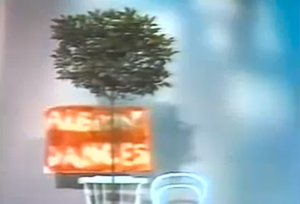 Another one that we’ve only got clips of from TV Hell, alas, but it sums it all up quite nicely. Like the above, this is an example of protest being thwarted by ineptitude, plus a reminder of a time when virtually everything went. The remit of Open Door was to provide a platform for parts of society to give across a message that wasn’t otherwise being heard on TV, and when Albion Free State called up to demand their right to tell the nation the future was anarchy, the production team more or less called their bluff by inviting them to say that on air. Their appearance backstage, as Mike Bolland recalls, was certainly something of an experience for all concerned with a wizard and monkey having a fight over BBC tea, but somewhere along the line the Beeb decided that, anarchy or not, they weren’t having more than three people on the air because that would be a rack et. This wasn’t to their liking so, according to the sign held up by the masked man at the start of their semi-party political broadcast, nobody would go on apart from… a tree. Plus two kitchen chairs and a sign saying “ALBION DANCES”. Someone stuck a tape recording of their manifesto on and for the next ten minutes, Bolland amused himself zooming in and out of the sign, the chairs and the tree. On a street corner this might have looked a bit odd, in a community centre even more so, but taking up ten minutes of prime time television it beggars belief and is, as Bolland points out, not just baffling and boring but also really quite scary. Yet nobody thought to stop it.