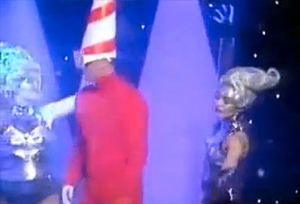 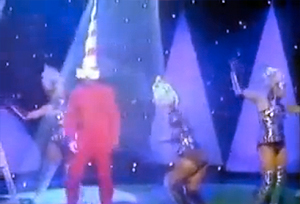 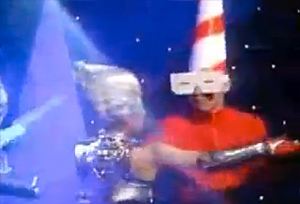 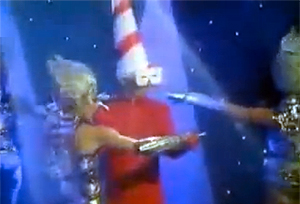 Frankly even if the Pet Shop Boys hadn’t made loads of great pop songs, they would be still be one of the best bands Britain’s ever produced because they’re such entertaining people. Hugely witty and intelligent, their interviews have always been well worth reading, right back to when Neil demanded every Smash Hits reader bought a dishwasher (“They will transform your life!”). They’re also one of the few bands who spend as much time on the visual aspect of their work, although there are pragmatic reasons for that – because otherwise, what does Chris do? By the end of the eighties the appeal of standing behind a keyboard and idly pressing a few buttons was beginning to pall, so their performances became increasingly elaborate. Such are their strong opinions on pop, they’d actually boycotted Top of the Pops for a few years, expressing their disgust at the requirement that everyone had to sing live which they thought was a pointless endeavour, but were finally lured back when they were invited to perform Can You Forgive Her in their own way. A spectacular performance it is too, and for all this being an undistinguished spell in the history of Top of the Pops, the show itself helps out with some suitably unusual direction, including the close-ups of the egg. The highlight, though, is Chris finally putting his reputation as The Other One to rest by showcasing his wonderful dancing abilities. This would be quite an eye- opener if you saw it at the ICA, but what’s particularly brilliant about this performance is that it was shown on primetime BBC1, sandwiched between Snap and Lisa Stansfield, no doubt baffling and delighting the audience in equal measure. But you can’t say they don’t know how to put on a show.