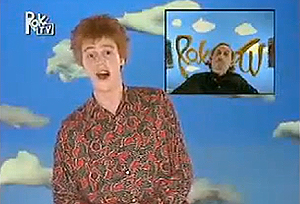 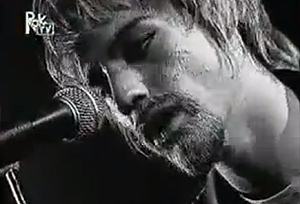 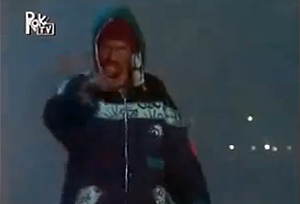 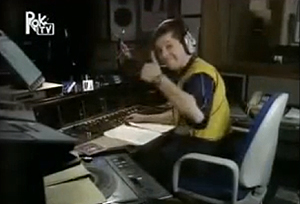 This definitely won’t be the last appearance of The Day Today in this countdown, given it’s probably the funniest TV programme ever made, and this is possibly Chris Morris’ finest four minutes, given he famously plays every single role in this sequence. The Day Today is so brilliant it’s still absolutely hilarious when you watch it for the first time now, but you’ll never be able to replicate the excitement, nearly twenty years ago now, of some of these things being parodied for the first time ever – and that’s very much the case here, thanks to Morris being a huge music fan. Far removed from the familiar Spitting Image-style parody of just sticking some trite lyric over a crappy soundalike backing, Nirvana’s Panty Smile jingle is such an accurate facsimile of their work someone did actually write into Teletext to ask where they could get hold of a copy of this previously unreleased material. And then there’s Fur Q. Morris was mad about gangsta rap, playing loads of it on his radio shows (and forgetting to choose the radio edits half the time) so this parody is completely accurate, taking the piss not just out of the artists themselves but also the pompous middle class journalists who set themselves up as experts on the genre. Indeed so accurate was this parody that a few years later it virtually became reality with a whole album of Phil Collins covers by Ol’ Dirty Bastard, Lil Kim and other RnB stars actually being released. Then there’s all the other great bits with Morris perfectly replicating the transatlantic mish-mash you got on pan-European MTV in those days with Harfynn Tueport and Sukie Bapswent’s weird accents and turns of phrase. This was comedy about stuff happening now, but it wasn’t just the topicality that made it such a treat – it was also one of the best written, acted and produced comedy shows that’s ever been on the telly.