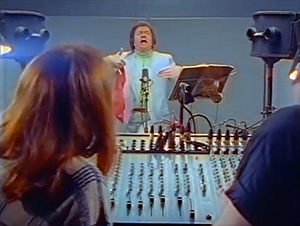 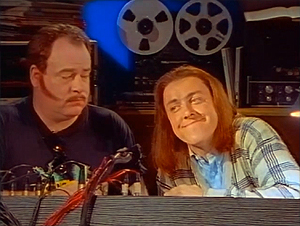 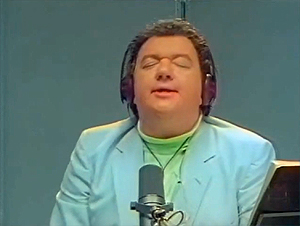 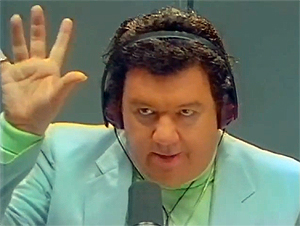 We’re not going to offer any justification for including in this countdown an extremely vulgar comedy sketch which simply revolves around a repeated rude word because when we first saw it we absolutely cried with laughter. It’s fondly remembered to this day, and is pretty historic as it goes because it was the first piece of comedy writing to make it to our screens written by two Irish music journalists by the names of Graham Linehan and Arthur Mathews. Eager to get into comedy, the pair sent some ideas to Smith and Jones, one of the few comedy shows prepared to accept unsolicited material, and this was immediately spotted as a very silly and very funny idea. It works because, despite the fact it’s completely stupid, it’s played completely straight by Mel, Griff and the much underrated Geoff McGivern. You don’t want to analyse this kind of comedy too much but “wank” really is the best choice of word as well, especially how Mel delivers it with so much relish. After this start, Linehan and Mathews were prolific contributors to Smith and Jones’ work and many other comedy shows before being given the chance to write a full thirty minute script, and while their first attempt, the Alexei Sayle-fronted Paris, was a flop, then came Father Ted and huge acclaim. Then there was Big Train and looking at it now, you can clearly see this is a trial run for that fantastic series with seemingly normal activities going inexplicably and hilariously awry. Surely few comedy writers, though, have made such a spectacular debut.