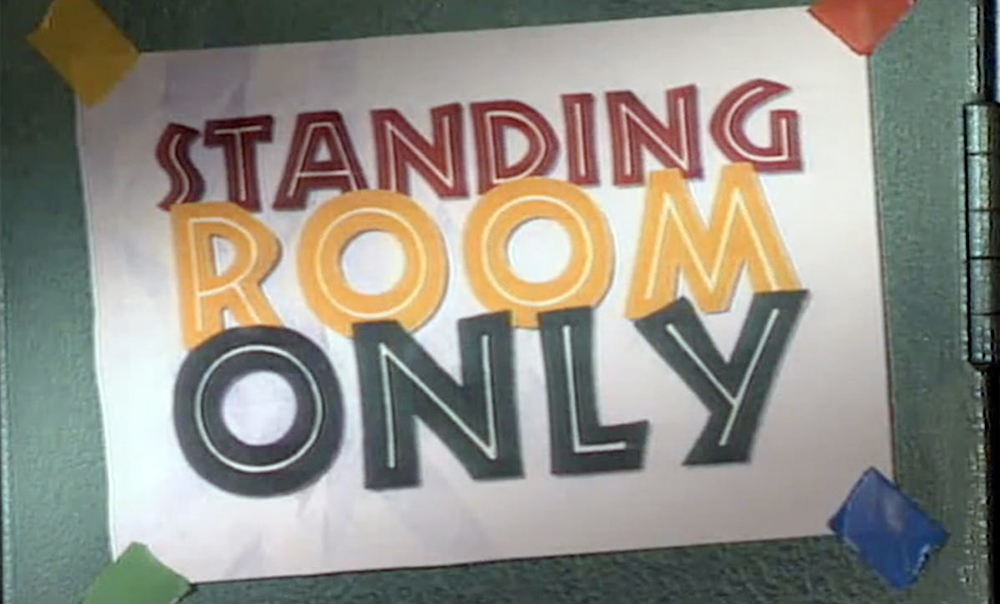 6.45pm STANDING ROOM ONLY, BBC2
For much of the mid-1990s, you couldn’t turn on the telly without seeing a comedian in a retro football jersey proclaiming their love for Johan Cruyff and reminiscing about perms and Subbuteo, with varying degrees of authenticity. No such worries tonight, however, as the “football fanzine of the airwaves” despatches actual proper fans Bob Mortimer and the late Sean Hughes to Middlesbrough to watch Sean’s beloved Crystal Palace take on Bob’s local heroes, doubtless interspersed with loads of his fantastical tales about supporting the Boro. Meanwhile, the public have their say in Standing Room Only’s homage to the Right To Reply Video Box, the Supporter-Loo.

7.30pm COUNTRYFILE, BBC1
Long before it became a Sunday night staple of what we’re calling the Viennetta slot, in 1994, CountryFile had a brief run-out on Wednesday evenings. It felt all wrong, even if it did grant John Craven some long overdue primetime exposure in lieu of a new series of The Show Me Show. The big issue in tonight’s edition is the fearsome menace that terrorised a generation of schoolkids and inspired a succession of 1970s public information films, as the imminent opening of the Channel Tunnel revives the merciless spectre of rabies.

6.40pm CORONATION STREET, ITV
It was what your regional continuity announcer would have called “an early rendezvous on those famous cobbles” tonight, thanks to ITV’s live coverage of the Cup-Winners’ Cup final. In this instalment, Des Barnes skives off work at the bookies to spend some time with choker-clad Rovers temptress Tanya and, as the living room at number 4 fills up with dodgy ionisers and water purifiers, Mavis starts to fret about Derek’s association with ecological pyramid-selling racket Envirosphere. 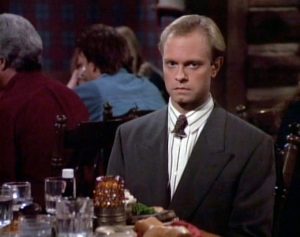 10pm FRASIER, Channel 4
The third ever episode of the cultivated comedy of manners, fact fans, and the one where Niles meets Daphne for the first time. In this one, the brothers Crane decide to treat their downhome dad to a fancy dinner at a snooty restaurant, but along the way they Encounter Some Comic Misunderstandings and Learn Some Harsh Truths About Themselves.