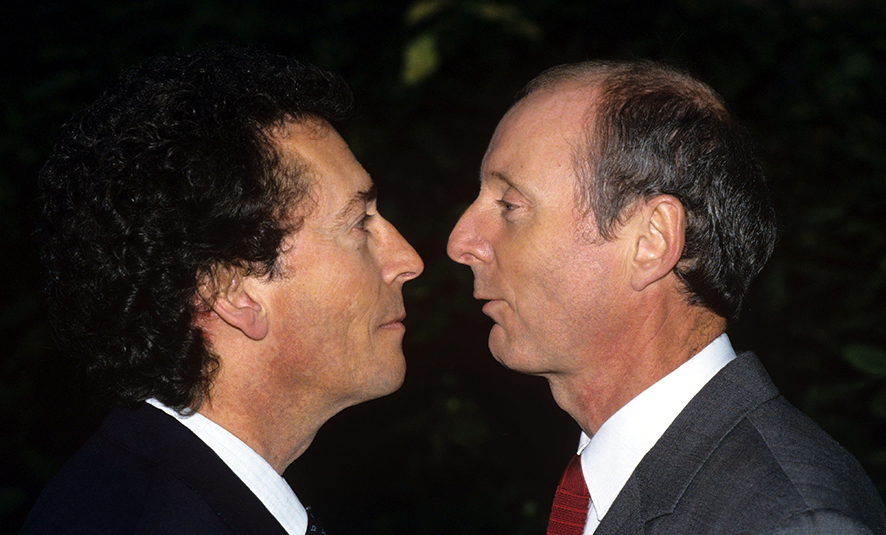 8pm THE DETECTIVES, BBC1
Originally part of Canned Carrott, this was the first full series of Jasper’s surprisingly long-running (five series!) Sweeney parody. All shot on film, this series was quite lavishly mounted, including incredibly portentous opening titles with producer and director credits at the start, which seemed a bit elaborate for a show that in terms of its script had all the subtlety of a Carry On film. The first run also included numerous guest stars often appearing in character, hence it’s home to the last recorded appearance of Jim Bergerac, while tonight Leslie Grantham stars as Danny Kane from The Paradise Club. Page one of The Boys And Girls’ Book Of Telly Facts does of course tell us that Robert Powell’s character David Briggs was named after writers Knight and Whitehill’s mate with whom they devised Who Wants To Be A Millionaire, while Carrott’s character Bob Louis was named after Thames’ Head of Entertainment, presumably an acquaintance from the Everybody’s Equal production team. And actually, once it jettisoned the stunt casting, The Detectives wasn’t that bad a sitcom all told, certainly amid the rest of the pre-watershed line-up on BBC1 at the time, usually good for a chuckle and with Robert Powell proving himself an amusing comic actor after a career in dramatic roles. We’re sure not even Jasper himself would suggest it was one of the greats, though. 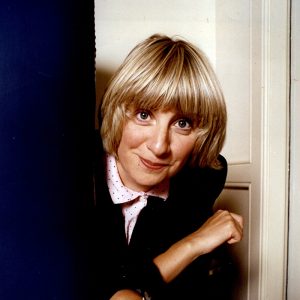 8.30pm VICTORIA WOOD, BBC1
Already the umpteenth repeat of Vic’s series of comic playlets from 1989, which were hugely acclaimed at the time but seem to have been pretty much forgotten amid her bulging CV these days. Victoria played “herself” throughout, although the rest of the cast changed in every episode and in some of them Victoria is very much a supporting character – especially this one, The Library, which is based around Anne Reid’s attempts to find love through a dating agency and is alright but not as good as the similar sketch on As Seen On TV. And it turns out Victoria didn’t enjoy it all that much, as when she started filming them she immediately realised she should have done them in front of a studio audience. But mediocre Victoria is better than most people’s best work and the Beeb happily repeated them over and over again, although this run was actually a very late replacement for Bobby Davro’s Rock With Laughter which was notoriously postponed several times as the Beeb completely lost confidence in it and eventually shoved it out of the middle of summer to critical derision (Victor Lewis-Smith: “Who’s responsible for this series?” BBC Press Office: “The head of Variety.” VLS: “Can I speak to them?” Beeb: “I’m sorry, we don’t have one at the moment”).

10.40pm CHAMPIONS LEAGUE, ITV
All big news now, of course, but these first few seasons of the Champions League was a bit of a problem for ITV as the English representatives continually crashed out at the first hurdle. In 1992/93 Leeds failed to make it past the qualifying rounds and so ITV followed Rangers instead, to much diminished enthusiasm south of the border which meant many of their matches were only shown live in Scotland or the odd region like Granada who were just after as much football as possible, with the rest of the network shoving them out as highlights instead. This was bad news for ITV who had pinned much of their hopes on the Champions League after they lost the rights to domestic football, with Saint and Greavsie bringing back their lunchtime football round-up to discuss matters Champions League and nothing but. Even worse, after a few seasons they were obliged to show a live match from every round regardless of whether a British team were in it, leading to much bemusement from Chris Evans when Ajax vs Panathinaikos was live on prime time ITV. But eventually the English representatives pulled their fingers out and ITV’s investment paid dividends. Thank heavens for massive oligarchs massively skewing the competitiveness of domestic football!