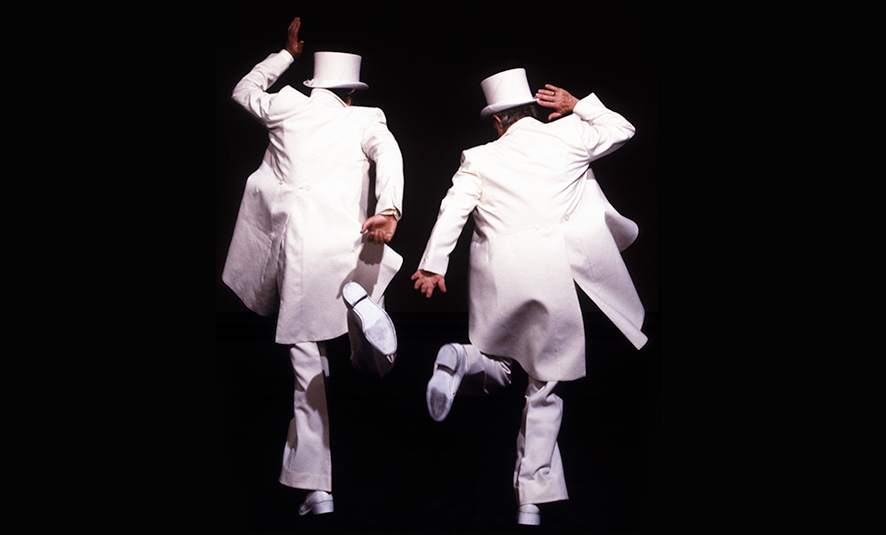 7.35pm MORECAMBE AND WISE AT THE BBC, BBC1
Here’s a top bit of sour grapes and no mistake. The Beeb were absolutely devastated when Eric and Ern defected to Thames, doing so when Bill Cotton was in bed with ‘flu to boot, and certainly it was the biggest telly story of the year. Cotton refused to even watch the pair’s first shows on ITV (“I was watching my own lot!”), and we don’t doubt there was much glee at the Beeb when their first Thames offerings weren’t really all that spectacular. But even if they were out of the door, the Beeb still had the back catalogue, and hence came this “series”, billed as “a season of shows celebrating Eric and Ernie’s successful years with the BBC” – ie, just a load of rebadged repeats. All pretty shameless, to be honest, but obviously still ace, with the Mastermind sketch among those getting an outing tonight. But hang on… what’s this? 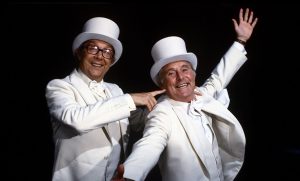 Yes! It’s a party political broadcast on behalf of Eric and Ern as the pair are on two channels at once for 10 minutes, surely one of the most bizarre bits of scheduling imaginable (and it was ITV’s fault, as the Beeb had been running their repeats for several weeks). In fact even though the pair had only been on the light channel for about six months, they’d already started on the repeats, this being the second screening of the show that launched them on ITV back in October 1978. Every schoolboy knows that it wasn’t a patch on their Beeb work, not least because Eddie Braben wasn’t on writing duties – but then, he didn’t do the 1976 Christmas special either and there wasn’t much wrong with that – but it was still big news. And despite 18.7 million people watching it six months previously, 18.3 million people watched it again this time around, placing it at number one in the ratings yet again and blowing the Beeb out of the water. Mind you, this one had Derek Griffiths in it.

10.10pm TONIGHT, BBC1
And while the BBC vs ITV battle was in full effect earlier this evening, a slightly more important clash was going on in the House of Commons that night, as Jim Callaghan’s government faced a vote of no confidence, as covered live (in sound only, of course) both on News at Ten and the dimly-remembered proto-Newsnight BBC current affairs show which was coming towards the end of its life. In the event the government fell by one vote and an election was called, which among some other slightly longer-reaching effects across the world also meant the following week’s first episode of Not The Nine O’Clock News was cancelled and the scheduled repeat of the Mike Yarwood Christmas Show had to be dropped for being too political. That ended up being rescheduled for election night itself, billed as “The Show We Couldn’t Show”, which makes it sound dead daring and exciting. Except they’d already shown it once. And it was Mike Yarwood.