“He faces his past to decide his future” 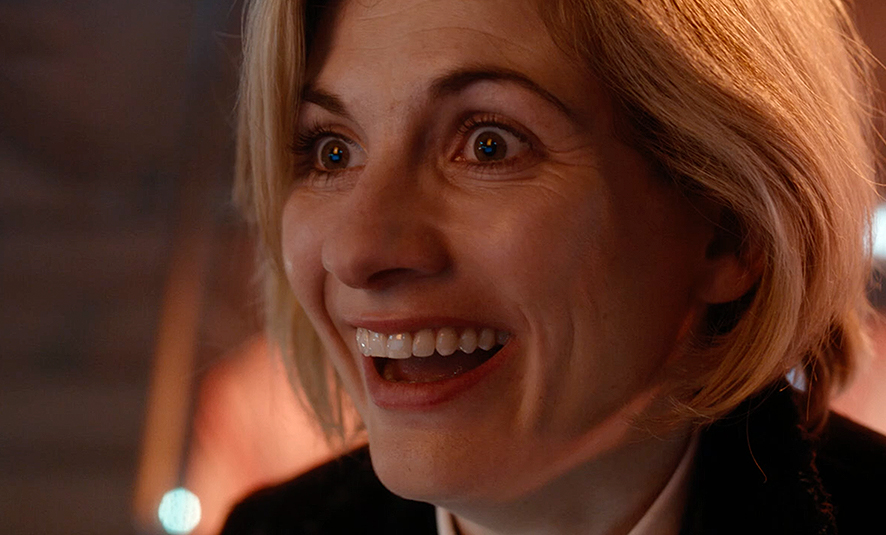 It always happens at Christmas – you end up seeing people you haven’t for 12 months, you’ve forgotten all their names and you have no idea what’s been going on while you were away. And as well as watching Emmerdale for the first and only time in the year, Christmas also involves families coming together, and telly preferences go out of the window.

Hence there’s still something of a retro feel to the way we watch telly on Christmas Day. For the rest of the year you could be binging on box sets and virtually no live TV, but back within the bosom of the family, everything changes. Rather than crossing your fingers they’ve all reached the same point in Stranger Things or The Good Place, it’s so often the case that you have to take your chances on the regular schedules. It all means that a wider audience are catching up than at any other time of the year, and shows like Doctor Who, Call The Midwife and the soaps welcome a host of viewers who don’t usually look in.

So how did the broadcasters do in appealing to this wide audience in 2017? As ever, there was plenty that was familiar in the schedules, with plenty of big names and big shows, but could the individual programmes be counted on to come up with the goods?

On BBC1 things began with the perennial triple bill of Breakfast, cartoons (now one of the few days of the year CBBC shows appear on BBC1) and religion, though we moved up to lunchtime, not with the usual family film, but a repeat of the popular nature documentary Snow Chick.

Then came our longest-running festive fixture. For most years in the past two decades or so, one question has always been whether the Christmas Top of the Pops would be the last episode ever – often thanks to rumours the BBC would be launching a new pop show which would replace it. In 2017, pop finally returned to BBC1 on a weekly basis in the shape of Sounds Like Friday Night, which despite some lukewarm reviews and mediocre ratings was considered successful enough to earn a recommission. But given the Beeb were adamant that the series was absolutely not a revival of TOTP – with sketches and interviews in the mix – it perhaps wasn’t a surprise it didn’t replace it on Christmas Day and the old warhorse of Pops got another run-out on the 25th. For the first time in the decade there’d been a presenter change, with controversy over some clumsy comments in an interview, meaning Reggie Yates was replaced by Clara Amfo as Fearne Cotton’s co-host, but little else changed from the format we’d seen every festive season since 1964. What was a bit different was that it moved a bit earlier in the afternoon – as it did during the 1990s when the weekly show was on the slide – with the film Toy Story 3 being pressed into service as warm-up for The Queen.

After Liz came something of a surprise, as for the first time since 2004 there wasn’t an animated film as the day’s big movie. That said, it didn’t move too far away from the usual fare as Kenneth Branagh’s live-action adaptation of Cinderella was as fantastical as most things that had appeared in the slot in the past decade or so. And if it was all a bit earth-bound for you, BBC1 obliged after that with an adaptation of Julia Donaldson’s The Highway Rat. In a way these animations serve the same role as the pantomimes did in the 1960s and 1970s – an adaptation of a much-loved story, with a host of star names doing a turn on voice duties, and just as much fun for mums and dads as well as the kids.

After the news came Doctor Who, and the last episode written by Steven Moffat. Among the many millions of column inches that had been written about his tenure as showrunner, one regular criticism was that the show was becoming impenetrable to the casual audience. In an era when children can cope with a thousand pages of a Harry Potter book and the likes of Game of Thrones are watched by an enormous worldwide audience, you could argue against that, but you could certainly suggest that the last few Christmas shows – when the series is watched by a wider audience than ever – were slightly underwhelming affairs that could perhaps have played any day of the year, needed quite a bit of knowledge of the rest of the series and didn’t offer much in the way of spectacle.

There was no such problem here, though – as it was regeneration time! Peter Capaldi becoming Jodie Whittaker was an obvious hook that every viewer could get hold of, while the return of the First Doctor added some nostalgic appeal for the older audience. And with the ultimate cliffhanger, as is so often the case it’ll be fascinating to see where the show goes from here, and what the new Doctor – and showrunner – have to offer next Christmas. Should it return to the Big Day.

After Who came the regular Christmas staples – Strictly’s hour and a bit of niceness followed by Call The Midwife with an episode that was generally considered a bit gloomy for Christmas Day. Then came EastEnders at 9pm. Behind-the-scenes ructions, including the abrupt departure of the executive producer and the return of previous producer John Yorke, suggested that the soap wasn’t quite in sparkling form in 2017, but it offered enough drama to ensure that the ratings were up on what they were 12 months ago – as was also the case with Call The Midwife – and at a time when Christmas Day ratings seem to be in terminal decline, this was something for the Beeb to celebrate.

Also enjoying a boost year on year was Mrs Brown’s Boys at 10pm, the increase meaning it topped the day’s overnight ratings once again (although it would as usual be all change when the viewers watching recordings or on demand were factored in). Then came more comedy with a 30th anniversary reunion for French and Saunders. Much of this special was made up of archive clips, but Dawn and Jennifer did reunite for a few new sketches, and given it had been a decade since they were last on our screens, this was special enough to justify its Christmas Day slot. A couple of repeats took us to the end of a fairly successful festive day on BBC1.

For ITV, the aim has never seemed to be thrashing the Beeb, such is the importance of putting the ratings winners on before Christmas alongside the festive adverts, but keeping BBC1 in check and getting through the day in faintly festive but cost-effective fashion. In 2017, it probably did the latter but didn’t quite achieve the former.

Like last year, the daylight hours were devoted almost entirely to films, but of a pretty threadbare nature this time, with National Lampoon’s Christmas Vacation, Mr Bean’s Holiday and Santa Claus all a bit over-familiar and second-rate. Last year Harry Potter had managed to beat BBC1 for several hours at lunchtime, but The Prisoner of Azkaban couldn’t do that the other side of The Queen.

Then into the evening came the familiar shows. Emmerdale did their best to baffle  new viewers even more than usual with a Groundhog Day-inspired fantasy episode – a brave decision at a time even loyal fans are distracted by the turkey. This was followed by Paul O’Grady and Corrie, which provided some more familiar fare.

Then at 9pm came something different in the shape of Victoria – although this simply followed in the footsteps of Downton, Midsomer Murders and Maigret in recent years. Like those shows, this Christmas episode got nowhere near the audience it enjoys the rest of the year – but repeats and exports will make up for that – though it did provide Jenna Coleman with a Christmas double after her surprise appearance in Doctor Who earlier.

Not much of this ran BBC1 that close, and indeed at times this line-up was beaten by Channel 4, where the memories of religion and opera on Christmas Day were long gone. Indeed their schedule was probably the most populist of all the channels, including Home Alone at teatime as it was 12 months ago, again luring over three million viewers. It was preceded by equally unchallenging fare in Scrooged and Dumbo while, after its much publicised move to C4 in 2017, The Great British Bake Off enjoyed a Christmas special. This wasn’t the seismic shift we got with Morecambe and Wise in 1978, its ratings a fraction of what it could achieve elsewhere in the schedules, but it ensured C4 enjoyed a loyal and sizeable audience throughout the day. Festive specials of First Dates and Alan Carr (whose Chatty Man had ended as a regular series but returned for specials like an annual for a long-folded comic) completed the crowd-pleasing line-up.

BBC2 offered up something slightly more resembling a Christmas from years ago with a Prom, Tom Jones and Beverley Knight performing gospel and repeated documentaries on Vera Lynn and Judi Dench, alongside repeats of Morecambe and Wise and Dad’s Army. In among all that was a Christmas special of Ben Elton’s Shakespearean sitcom Upstart Crow, but if you really wanted to relive Christmas as it used to be, BBC4 was the place to be – not just with an opera, but also a repeat of Christmas Night With The Stars from way back in 1972. And another million or so people decided Christmas wasn’t Christmas without Bond and watched Skyfall over on ITV2.

So as we all drift apart from another year, and streaming services take up a bigger percentage of viewing, Christmas Day remains one of the few occasions when genuine family viewing continues. And as ever, despite a rather lukewarm response, it seems only BBC1 can offer something for everyone. 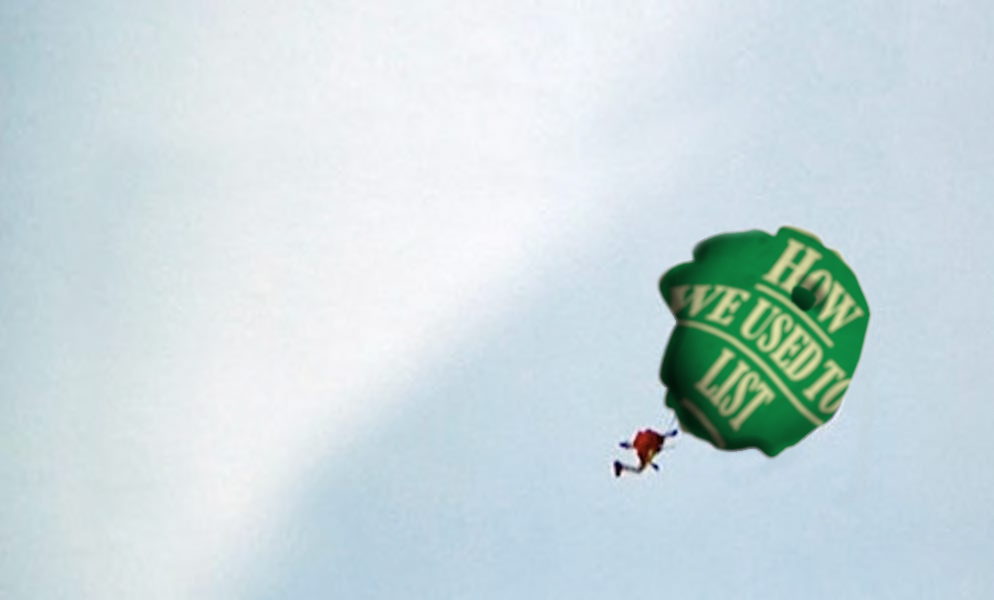 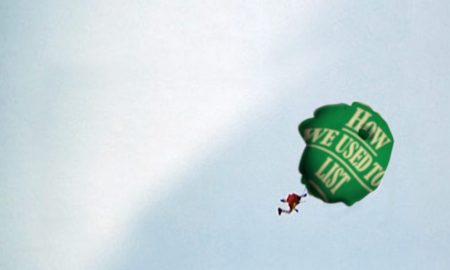