“Any hopes of a Merry Christmas seem slim” 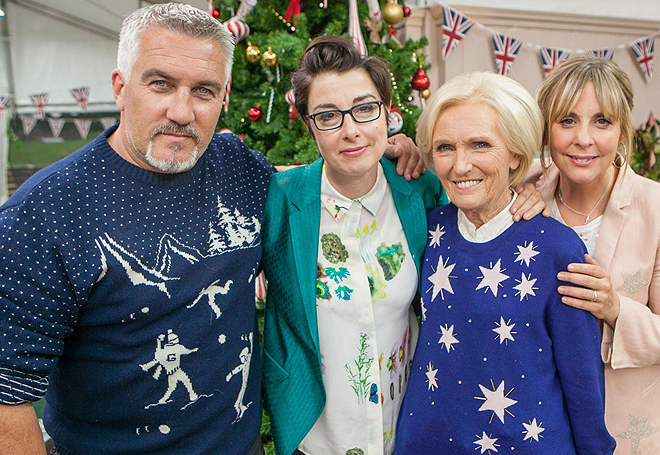 Christmas telly is all about its traditions – and it seems like one of the most familiar now arrives mid-morning on Boxing Day when the modest audience figures for the 25th are published, and post-mortems begin in the press and online to try and work out where all the missing viewers have gone.

Some of the answers are pretty obvious. Certainly, now even the biggest technophobes have access to catch-up services (rather than having to remember to set the VCR), the requirement to stop everything to watch Doctor Who or EastEnders – and only catch about a third of the dialogue while the usual business of Christmas Day intervenes – is no longer there.

The biggest change, though, is the sheer amount of choice available for the viewer. That’s not just in terms of the number of channels, but also in what those channels offer. Twenty or 30 years ago, when BBC1 and ITV dominated the festive viewing, BBC2 and Channel 4 countered them at their most populist with some distinctly alternative viewing, majoring heavily on religion, the fine arts and foreign films. The ultimate example came in 1993 when both BBC2 and Channel 4 broadcast to an audience of officially zero – that is, too small to record accurately – in primetime. The few thousand who tuned in were doubtless delighted, but for anyone looking for popular entertainment on Christmas Day, especially in those years when ITV were less than sure-footed, it was quite often BBC1 or nothing. The programmes were good, yes, but they were playing to a captive audience.

By 2016 this had all changed, though – especially on Channel 4. There was no opera or ballet to be seen, and at 6pm the channel showed Home Alone and pulled in over three million viewers – about as many as watched the network on every Christmas Day in the 1980s and ’90s put together. Not bad for a film that had been screened umpteen times since its TV premiere 22 years previously, either. The rest of the day’s schedule on Channel 4 offered up plenty of light entertainment too – special episodes of Travel Man and Alan Carr Chatty Man, plus a Gogglebox compilation, ensured the line-up was probably about as populist as BBC1.

BBC2 was a little more cerebral, with a documentary on the Royal Ballet and the film The Artist among their offerings – but that was all out of the way by teatime and much of primetime was devoted to classic comedy in the shape of Morecambe and Wise, Blackadder and the traditional Dad’s Army repeat at 8pm, ensuring its audience barely dropped below a million all day. Another episode of the festive series of University Challenge plus a special edition of popular history series Victorian Bakers also ensured a livelier Christmas Day than the channel had often put together in its history.

Channel 5, meanwhile, failed to scale the heights, but back-to-back classic movies during daylight hours, including The Wizard of Oz and Singin’ In The Rain, offered an appealing alternative to some of the audience, while Britain’s Favourite Christmas Songs and When Celebrities Go Pop, between them taking up nearly four hours of primetime, were presumably acceptable background to the Christmas dinner (less so the relentlessly grim movie Dallas Buyers Club, a brave choice for the late evening).

There were some signs of the alternative programming of Christmasses past – such as on BBC4 which devoted three hours of its evening to a new production of King Lear – but while other channels, including ITV2 and E4, were also screening family films and classic comedies, it’s clear that BBC1 now had rather more opposition than it did in the past.

Regardless, it was still where most people looked to for Christmas cheer. Christmas Day 2016 started on BBC1 in pretty familiar fashion with Breakfast, cartoons and religion, with the fact it was a Sunday meaning a double dose of the latter, the festive service accompanied by a special Songs of Praise from the Royal Albert Hall. The animated film The Croods and a repeat of last year’s festive animation The Farmer’s Llamas led up to Top of the Pops, making its 50th consecutive Christmas Day appearance, surely a record that will never be beaten. The last 13 had all been presented by Fearne Cotton and Reggie Yates, who were still in charge despite Fearne now presenting on Radio 2.

The Queen’s message was the highest-rated programme of the day if you combined the audience on BBC1 and ITV. As ever the bulk of that was on BBC1, but over a million more tuned in on ITV this time. BBC1 then stayed ahead with the day’s big feature film in Frozen. This appeared to be something of a coup for BBC1, being one of the most successful films of the decade in terms of box office receipts and acres of merchandising, though it actually performed rather worse than Brave 12 months earlier. Maybe the fans had already seen it enough times, or maybe it was a bit too juvenile to appeal to a wider audience? Nevertheless, like most films in this slot, the numerous repeats in Christmasses to come will ensure it earns the cash the Beeb paid for it.

After last year’s BBC1 Christmas line-up disappointed somewhat, it seemed that what was missing was a really big event, such as the last ever episode of a popular series. BBC1 got one this Christmas, though it could hardly have expected it to be the case 12 months ago. One of the biggest shocks in 2016 (and that’s in a year of Brexit and Trump) came when Channel 4 poached The Great British Bake Off, minus three quarters of its personnel. This meant two previously commissioned Christmas specials welcoming back previous contestants would be the last Bake Off on the BBC, and given its huge success, it was a no-brainer to schedule one in the primest of prime slots. As ever, festive specials of contest shows seldom do as well as the main series, given the lack of a competitive element, but enough were interested in the last appearances of Mel, Sue and Mary to ensure it was the second-highest rated programme of the day.

Next up came the first appearance of Doctor Who for 12 months – the longest gap between episodes since its return in 2005. A bit lighter and brasher than last year’s rather low key instalment, the DW special is not perhaps the big draw it was a decade ago, but still did decent business. Its other long-running festive stablemate, Strictly Come Dancing, performed even better, pulling in the biggest overnight audience of the day with 7.2 million viewers. As with Bake Off, this was down on the series proper, but given there was absolutely nothing at stake and it was just an hour and a quarter of general niceness, it did perfectly well.

The rest of BBC1’s evening continued in familiar fashion – Call The Midwife, in its longest ever festive episode at 90 minutes, EastEnders and then Mrs Brown’s Boys, in recent years the top show of the day but this time screened at 10.30pm, which was probably a bit too late to pull in a really big audience (and three and a half million people caught it in a swift repeat six days later in any case). One new arrival at 11pm was Tracey Ullman, who returned this year with her first series for the BBC for over 30 years, which had done well enough in the ratings and this compilation, with some new material, made for an amusing enough end to the evening.

How did ITV cope, especially now our festive visits to Downton Abbey had come to an end? Not too bad, as it happened – nothing hit the heights but they ticked along in fairly festive and cost-effective fashion. It helped that most of the daytime hours were devoted to movies in the shape of Despicable Me 2, Harry Potter and The Lion King, with the Queen’s speech the only new programme interrupting the flow. The films seemed perhaps a bit more appealing than the slightly B-list fare on the Beeb, and Harry Potter at lunchtime proved particularly useful, filling up three hours and beating BBC1 for its entire duration.

In the evening there was nothing especially out of the ordinary – but then, you could say that about BBC1 – with You’ve Been Framed, Emmerdale, Paul O’Grady and Corrie all making their umpteenth appearance on the big day. The change came at 9pm when instead of Downton we got Maigret – the second episode of the reboot starring Rowan Atkinson following its launch earlier in the year. Ratings for this were less impressive, but much like Poirot, which filled this slot before Downton arrived, it’s hard to imagine ITV caring too much about that when it has endless repeats and international sales to provide the bulk of its value. With Love Actually getting its trillionth screening late at night – its constant screenings on the ITV channels becoming something of a running joke – you couldn’t suggest today was ITV at its most innovative, but it did its job in snapping at the heels of BBC1 at a fraction of its budget.

As ever, BBC1 enjoyed the lion’s share of the audience on Christmas Day and screened eight of the 10 most watched programmes. No, the ratings weren’t anywhere near what they were in the golden age of Christmas telly, but with so many other options, far more than even 10 years ago, it’s perhaps remarkable they remain as high as they do. For the majority of the audience, BBC1 remains a familiar destination on Christmas Day – even if the visits are becoming more fleeting.