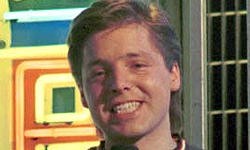 Related Items:"Seven... O'Clock... Jock", "why? because I get fucking annoyed when I hear Extreme on the playlist but I don't hear Carter or Spin", audible disconcertedness at Ebeneezer Goode, it's got some rather loud guitars in it!, Mark Goodier
Share
Tweet
Share
Share
Email
11 Comments