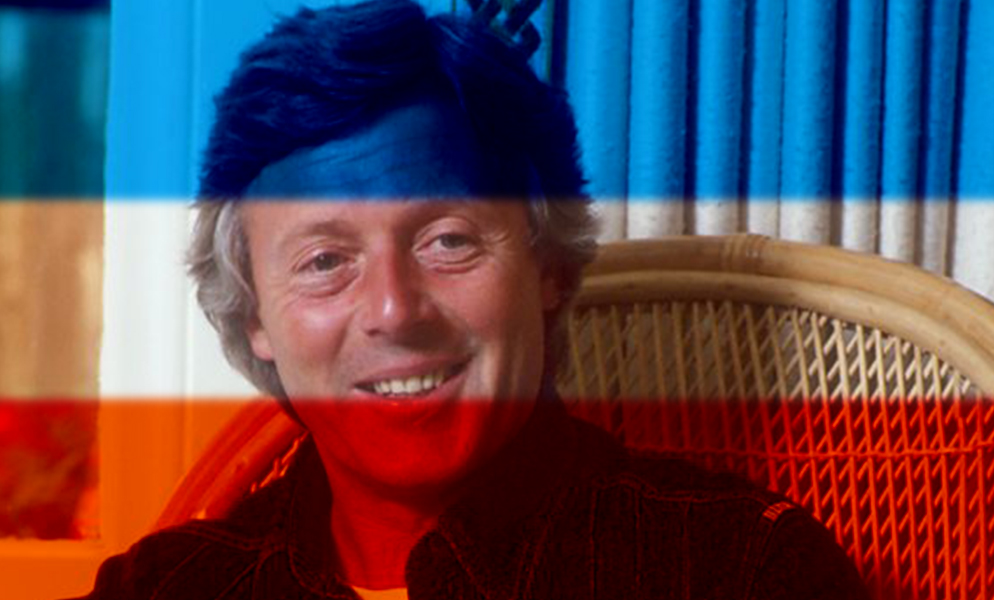 Also beginning in 1983 and faring better than Just Amazing! was the series dubbed “The Kamikaze Mastermind”. Like the Yorkshire Television vehicle, Ultra Quizwas based on an overseas game show. In this case, a programme that had been running on Japan’s Nippon Television since 1976 over four successive Thursday nights every November. Each series would begin with 20,000 contestants gathered in a Tokyo Stadium. This number would whittle down via a series of challenges and questions until the remaining contestants were left to face ordeals such as eating a whole chicken. The show intrigued the Brits and a number of clips were shown on the BBC magazine programme Nationwide. It could only be a matter of time before a British version was made.

“It was a bit of a work up!” recalls series cameraman Graeme Wall. “TVS had to get dispensation from the IBA for the £10,000 prize as the rules stated the maximum cash prize in a game show was £1,000. They got round it by aggregating the prize money over the series”. Presented by Michael Aspel (from the TVS studio), Jonathan King and Sally James (both on outside broadcast), Ultra Quiz, while choosing not to subject contestants to ordeals as nasty as the Japanese version, retained the original’s premise of employing a number of different outside locations throughout the series. “For some it will be no more than a day trip to Brighton,” confirmed TV Times journalist Stewart Knowles. “But for others … it is the first stage of a fantastic 16,000 mile journey into Europe, the Middle East and Asia, with exotic foods, all the champagne they can drink and the chance of £10,000 at the end of it”.

Ultra Quiz represented a scale of ambition never before seen on a British game show. 4,000 people applied and the 2,000 selected (each screened to ensure they possessed a valid passport, as well as the requisite level of physical fitness required to endure the Ultra Quiz challenge) were invited to assemble on Brighton seafront. “It has to be planned like a military operation,” explained production manager Ray Whittington. “Everything had to be meticulously planned beforehand,” confirmed Graeme Wall, “something that is sadly lacking today”. 20 coaches were arranged to meet contestants at Brighton Station, and 20 policemen were assigned to crowd control. Security checks were carried out to ensure only genuine contestants were allowed to participate, a vast white plastic tick and cross were placed on the ground to denote where the contestants would stand, and each competitor was provided with a coloured balloon that would be released as they became eliminated. All-in-all a highly complex enterprise.

The show’s games and quizzes were devised by Jeremy Beadle, and in order to whittle down the original 2,000 contestants to the required 200, they had to endure a number of rounds involving a piano-smashing karate team, a parachute jump by a member of the Royal Green Jacket’s Parachute team and a stunt involving Eddie Kidd and jet-propelled water skis. The remaining contestants were decamped to Hampshire’s Watercress Line (a steam railway run by a group of enthusiasts) where further games awaited them. “Among the guest artists taking part was the late Willie Rushton, who was a great favourite with both the crew and the contestants,” remembers Wall. “One episode was filmed on the Mid-Hants railway with Arnold Ridley (Private Godfrey in Dad`s Army) in his role as author of the play Ghost Train. This was before the betacam revolution and everything was shot on outside broadcast cameras on long cables (multicore, no triax) which imposed restrictions on what we could do.”

Next was a trip across the Channel. “By the time they got on the ferry to France the 200-or-so remaining were given a very long quiz,” recalls professional game designer David Bodycombe. “Everyone had to wear their scores on their heads, so you could see how everyone else did but not your own score.” Those who continued to escape elimination next found themselves on a luxury coach ride to the heart of France’s Champagne region where they were required to fish magnums of champagne out of a lake. No sooner has this challenge ended then the contestants had to guess how many glasses comprised a five-foot high structure of champagne glasses.

“One episode in Paris nearly came to grief,” confides Wall “when it was discovered the hard way that one of our radio talkback channels was on the same frequency as the Paris police. The gendarmes were not amused”. One contestant – David Hare – managed to eliminate himself from the programme while in France, after spraining his ankle in a game of football against the locals. “Disappointed? That’s hardly the word,” he remembers. “I’d have kicked myself if I’d been able to”. From here the series split the contestants into two teams. Twelve moved onto to Amsterdam and 12 to Bahrain. The field was whittled down still further to the final eight.

The final location was to be Hong Kong. Here Ultra Quiz ran into the worst rainstorm the region had endured for 17 years. “Dawn on the first day of recording for Saturday’s semi-final on ITV, didn’t break,” reported Stewart Knowles. “It burst. Twelve inches of rain was to fall in six hours. More than some parts of Britain get in six months. By breakfast time, as the shooting schedule was anxiously re-arranged, floodwater in some of the island’s busiest shopping streets was knee high. Traffic came to a complete standstill as heavy black cloud turned day into night.” Failing to anticipate the extent and intensity of the rainstorm, director Paul Bishop stuck to the original filming schedule. One of the games was to be set at the summit of Victoria Peak, however as soon as the crew embarked upon the journey to the top, it became apparent there was a risk of rock fall. A barricade of police cars and ambulances blocked their journey but undeterred, the decision was taken to conquer Victoria Peak via tram. While proving a terrifying experience for at least one of the contestants, the production team were at last able to capture the shots they wanted.

The concluding episode of the first series took place in the TVS studio. “I remember Russell Grant constantly arguing the toss with the computer boffin with his souped up Sinclair, which would pop up graphs from time to time,” recalls Bodycombe. Throughout the series, the astrologer tried to prove that the powers of astrology could predict with greater accuracy the winners and losers of any given challenge. “When down to the final two, they agreed for virtually the first time ever as to who would win, but it was the other contestant who actually won!” The eventual series winner was rewarded for his efforts in typical Ultra Quiz style – his prize money was delivered in one pound coin denominations. All in all, from Brighton to Hong Kong and back again, the series had been a triumph – albeit an expensive one.

Next Monday: We haven’t moved into luxury