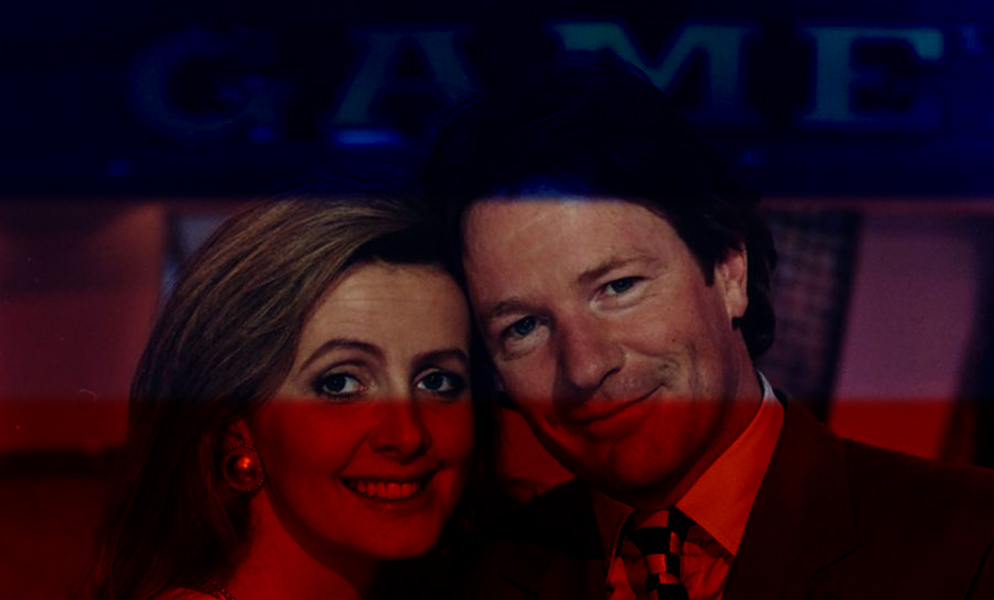 “Here I go again! I should have been a channel swimmer, I’m always going backwards and forwards, backwards and forwards. I’ll be sad to leave The Generation Game, but I always like to move on when I’m at the top.” So said Bruce Forsyth when, in 1994, he announced he was to defect to ITV yet again. Although Brucie cited artistic reasons, he later revealed his departure was in part thanks to a falling out with BBC management. In any case, come 1995, the press were desperate to find out who Forsyth’s successor would be on one of the most famous Saturday night shows of all time.

Perhaps this would be the carrot to convince Michael Barrymore to finally leave ITV? Could flavour of the month Chris Evans reinvent Saturday TV for a second time after his success with Don’t Forget Your Toothbrush? Might Dale Winton, considered by many to be a star of the future, be given the opportunity to do the show that had always been his ambition? Or could Julian Clary bring back memories of Larry Grayson’s successful stint? All these names were bandied about at one point or another. In fact, when the time came to choose Forsyth’s successor, none of these made the final running.

Instead, there was Matthew Kelly. Over a decade previously he had contributed to the original Gen Game’s downfall as part of the Game For A Laugh team, and was hosting two ITV Saturday staples: You Bet! and Stars In Their Eyes. He’d achieved much acclaim for the gentle way he handled the contestants. Then there was Jim Davidson, who had re-established himself as a reliable presenter with Big Break.  He also had previous direct experience when he filled in for an ill Brucie on one episode of the 1994 series. Yet surely, his reputation as something of a rogue with a shady past meant he was hardly suitable as the host of the number one family show? Seemingly not as, claimed Davidson, the next time they met, Kelly immediately commented “Congratulations, you have got the fucking Gen Game.” How much of this was down to the fact Davidson already had a contract with the Beeb, and thus came cheap, is unknown.

“Jim came with baggage,” remembers Michael Leggo, then head of light entertainment at the BBC. “Because he was famous for some outdated humour. But that was a very narrow view. Jim was a very talented comedian, so I was certainly never in any doubt that he could be funny He brought with him an added sense of danger.  Because viewers knowing that reputation think, ‘oh is he going to overstep the mark here?’ And in any case he had that sort of cheeky chappie type demeanour so it bought a bit of added zest to it. But we all knew we were perfectly safe because the show was pre-recorded anyway, so even if there’d been something unsuitable we would have just chopped it out.”

Come 21 October 1995, Davidson was now in charge full time. He was joined by GMTV weathergirl Sally Meen, and various changes to the format were introduced, with the conveyer belt prizes now adding up to one large prize, contestants arriving on set in an open-topped car and, apparently on Davidson’s suggestion, the dropping of the regular playlets. Sadly, though, Davidson was something of an acquired taste, and clearly struggled in this first series, unable to bond with the contestants to any great extent or get much of a relationship going with Meen. Mediocrity ruled OK. Still, ratings remained fairly buoyant, and Davidson was kept on for another series – albeit with something of a revamp.

Luckily for Davidson, his stint on the Gen Game coincided with BBC1’s most dominant period on Saturday evenings for a number of years. The lottery was still doing good business, especially with a series of double rollovers in late 1995 and early 1996 . Virtually all of these viewers then stayed on for Casualty, which come January 1996 was guaranteed at least 18 million viewers – the largest audience on television outside the soaps.  ITV was at a disadvantage regardless of what it showed. Yet this period coincided with an incredible run of high-profile flops on the commercial channel, with almost a year of non-stop stinkers. ITV still had Gladiators, Blind Date and Family Fortunes on a Saturday night, all of which were reliable enough. But the audiences were getting older and gradually decreasing, so some new ideas were needed.

The first attempt to freshen up the schedules, and the first of a seemingly endless string of flops, came in September 1995 with the debut of Raise The Roof. This quiz was much hyped as the prize was at that time the biggest ever seen on television – a house worth up to £100,000. It was suggested that ITV would run this head-to-head with the lottery draw; the prize wasn’t as big as the multi-million pound lottery jackpot, but at least you could actually see who won. However come September, there had clearly been a change of heart and it was scheduled for 8.15; the graveyard slot opposite Casualty. Hence it was on the back foot from day one, and despite the big prize, it resolutely failed to capture the public’s imagination. Perhaps this was because the format was fairly uninspired, being simply a procession of questions. Maybe too it was the presence of Bob Holness as host – best known from Blockbusters, Holness clearly had experience, but his presentation style somewhat dated and formal for a Saturday night audience more used to the chummy presentation of Cilla and Noel. As such, few noticed when the run ended at Christmas, never to return.

At least Raise The Roof was a recognisably ‘ITV’ programme, cut from the same cloth as its Saturday stablemates. The next attempt to freshen thing up was something entirely different, and part of ITV’s semi-regular attempts to attract a younger audience to the channel. Half a decade previously, LWT had attempted to subvert the usual LE output with Trick Or Treat, with somewhat mixed results. Now in December 1995 came another attempt to mix alternative comedy and a more traditional framework, with Jack Dee’s Saturday Night. Dee, poached from Channel Four, fronted a variety series from a theatre stage, linking a number of fellow stand-ups, pop bands, novelty acts such as the dance troupe Stomp and other personalities. Scheduled at 9pm, the idea was that Dee would attract a younger, hipper audience while the guest list would also include a number of figures that the more mainstream audience would appreciate.

Inevitably, this new idea failed to come off. The choice of guests was often absurd, with the first programme featuring Peter Baldwin and Thelma Barlow singing a track from the Coronation Street album, alongside Pulp and Robert Palmer. These weird guest lists continued throughout the run, with Freddie Starr alongside kd lang, and Hale and Pace rubbing shoulders with Seal, and failed to strike a chord with audiences young or old. To add to the problems, the theatre setting didn’t translate well on screen, seeming too big and sterile, Dee wore the same suit throughout as if it had all been filmed in one go, and most of the acts did old material; Pulp on the first show miming to the single “Disco 2000”, several weeks after it had been a hit. The mix of styles was wholly unsuccessful, and the only real interest came when one programme had to be edited just before transmission due to ITV getting cold feet over a religion-themed stand-up routine from Dee. After six shows, the concept was abandoned, with Dee being given a more traditional stand-up showcase (Jack Dee’s Sunday Service) the following year.

Next Monday: The programme has done extremely badly and will be dropped after this series