THE GREAT DIGITAL SWITCHOVER (and that really should have been its official name) is almost over.

By the autumn of 2012, we’ll have said goodbye to analogue – or, if you’d rather, Anna Logue – for good. But we’ll also have said so long to Digit Al: mascot, icon and safely asexual children’s entertainer.

This approachable android with a penchant for transmitter frequencies and gigantism has only a few months of service remaining.

How he will be missed, from billboards and full-page advertisements to school assemblies and citizen’s advice bureaus across the land.

He even had his own favourite words, including doobiwotsit, spagcable (“delightfully un-PC”, as Radio Times’s Alison Graham would say) and anazapper.

We’re not entirely sure if the Digit Al toys on eBay are legitimate. We’ve just been on the phone to Nick Ross, who tells us that if you’re thinking of snapping one up, remember to look for the government’s official “digital tick”. Failing that, a John Major Citizen’s Charter “Charter Mark” will do. (In fact, if it has one of those, it could be worth double!)

Anyway, by way of a salute to Al and to mascots of national consciousness-raising campaigns down the decades, we present a few snapshots from his tireless travels. 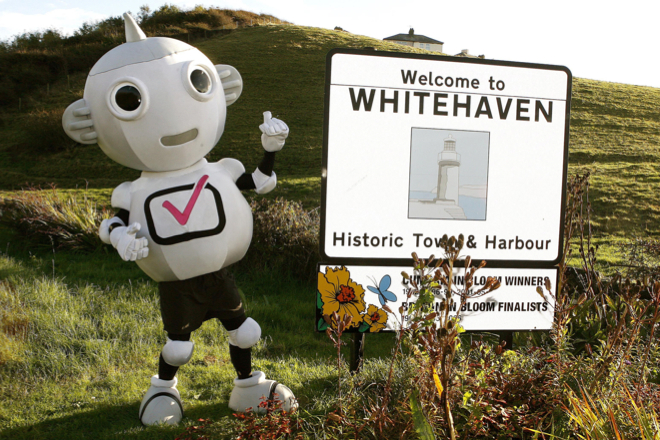 2) That Albert Square sign doesn’t look canon. Then again neither does Dot’s outfit. Who knew Al was so tall? 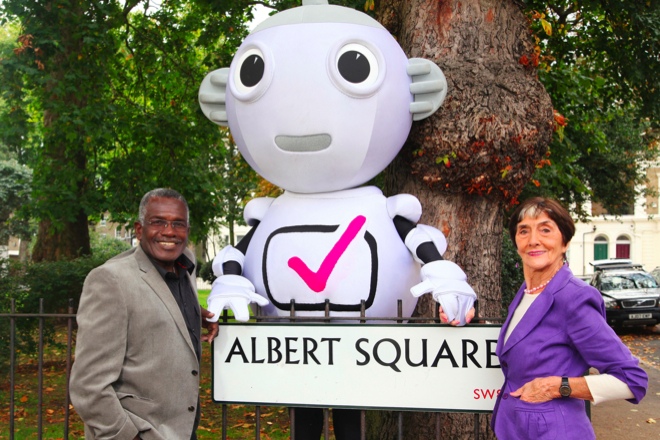 3) If only our assemblies had been like this. The best we could hope for was a visit from the local lollipop lady: 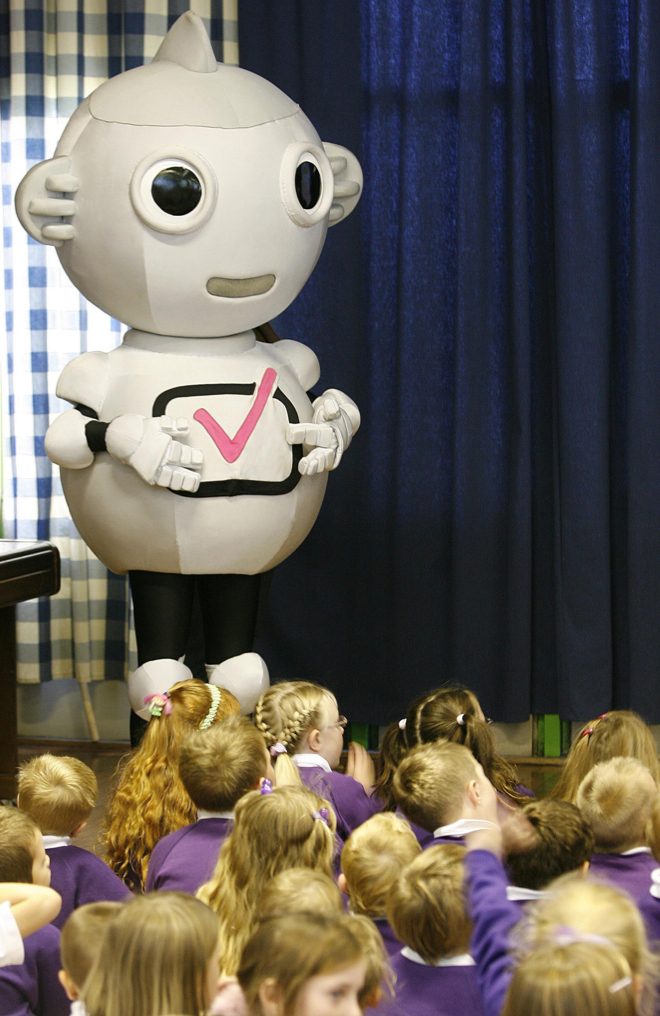 4) Al’s mission has taken him across the nations and regions, those all-important props always by his side: 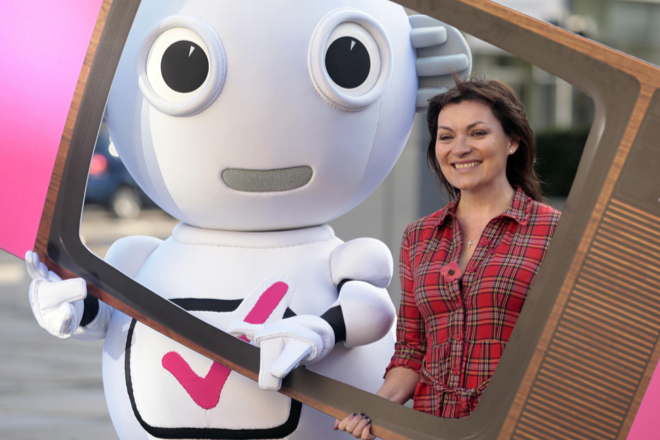 5) Every transmitter tower should have one: 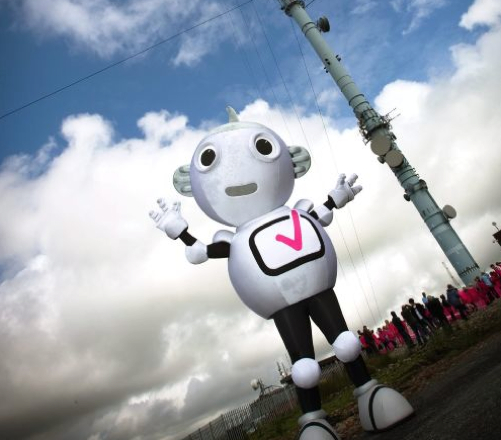 6) Oh dear, this is no good at all. Perhaps our man was suffering from Al-titude sickness. At least there’s no sign of the Midlands miserablist: 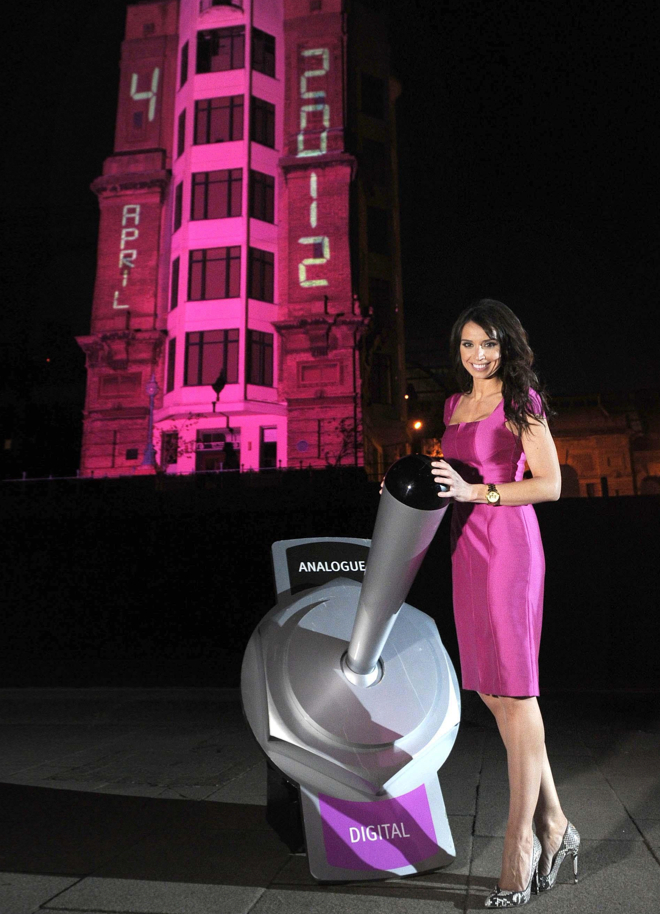 7) Boris Johnson promised to send one of these over-sized calculators to every home in Greater London*: 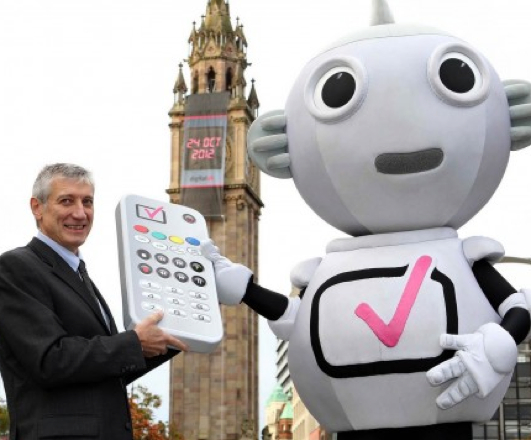 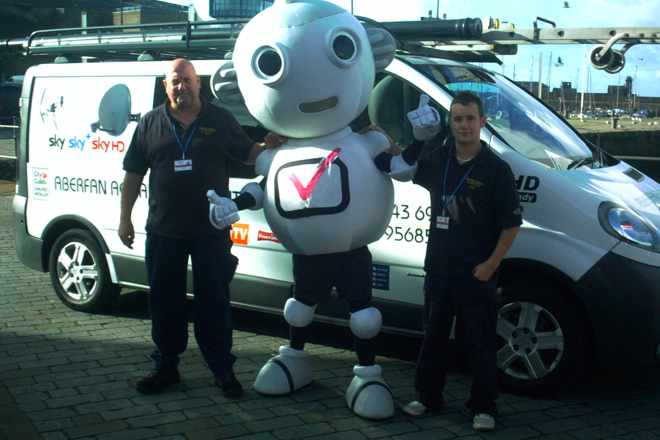 Related Items:Digit Al, National campaigns fronted by likeable mascots, not seeing any of this due to a fault at the Winter Hill transmitter, Prestidigitarium, The Great Digital Switchover - why didn't they call it that?, Transmitter talk
Share
Tweet
Share
Share
Email