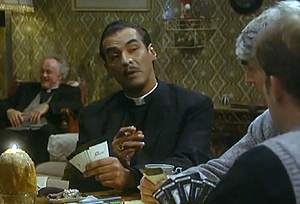 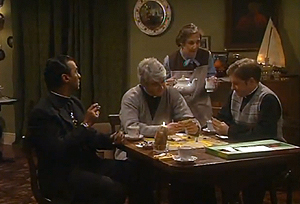 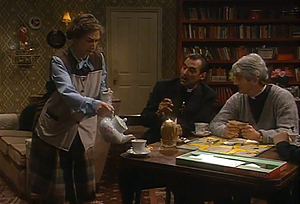 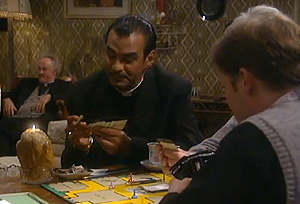 Well, to be honest there are loads of things we could have picked from Father Ted – “lovely fags”, the horse’s head, all that (but not “he did kick me up the arse” which happened outside the Cream era) – and indeed this very episode includes the brilliantly ineffectual “Down with this sort of thing” protest, but we’re including their encounter with Father Hernandez because it was probably the moment the series established itself as something very special, coming as it does in only its third week on air. The idea of a lengthy slab of foreign dialogue being rendered into something brief and inane is a classic comedy staple, but it’s rarely been done better than this wonderful scene, thanks to its sheer length and, of course, the droll voice of the late and much lamented Geoffrey Perkins, which is not only hilariously out of place but also delivered so beautifully. What’s also brilliant is its sheer silliness, just a very daft comic concept (because the scene could clearly have been played with someone speaking English with virtually no changes to the dialogue) which isn’t even referred to at any point. Linehan and Mathews later pointed out that this could suggest that all priests can understand each other regardless of what language they’re speaking in, a concept explored again with the Monkey Priest in later episodes. Undoubtedly one of the best-loved sitcoms of the past twenty years, we say this lovely bit of inspired comic daftness was the exact moment Father Ted became one of the all-time greats.