The Redskins try and give a voice to striking miners, 9th November 1984 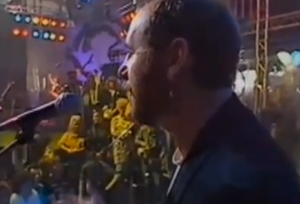 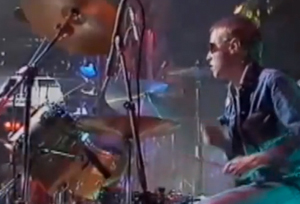 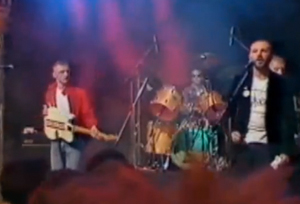 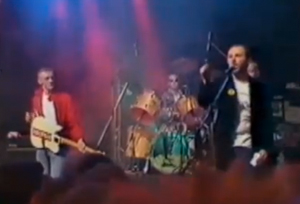 The Tube was notoriously a shambolic and anarchic programme, some of it by design but just as frequently thanks to good old-fashioned incompetence, and both aspects were illustrated in this memorable edition. The former was the case when proceedings got underway in fine style when Rik Mayall stumbled out of the neighbouring pub, introduced the show and then vomited copiously, causing the Channel Four switchboard to melt and one man even tell the network he was calling the police to demand Mayall be arrested. Just as controversial, however, was the performance by The Redskins, the post-punk band renowned for their strong political views. In the midst of the Miners’ Strike, and indeed broadcasting from one of the hardest-hit areas of the nation, they decided this platform would be the ideal opportunity to make a protest at the government’s ha ndling of the strike by inviting on a striking miner – the aptly named Norman Strike – to speak to the audience. Assuming the producers would veto this, they managed to get him on stage under the guise of a member of the band and, when the time came, he moved to the front of the stage and delivered his message… which was completely inaudible as the microphone wasn’t on. Inevitably this was assumed to be deliberate, but in fact it seemed to be down to cock-up rather than conspiracy, as Strike had decided to use the bassist’s microphone which wasn’t plugged in and was only there as a prop to stand behind, with the producers later showing footage of the bassist “singing” earlier in the set and not being heard. So the noble protest was reduced very much to farce, highlighting the chaotic nature of The Tube quite effectively. Still, the fact such a politically-charged band were invited onto a mainstream TV show was something of a statement in itself, it would have been a bloody good idea if it had worked, and it’s an illustration of how politics and pop went hand-in-hand those days. If only he’d walked to the other microphone…