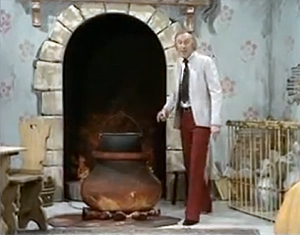 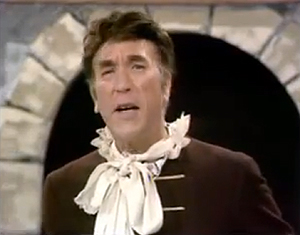 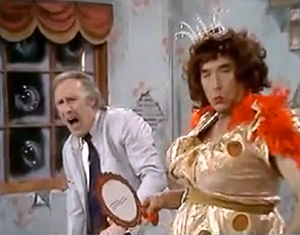 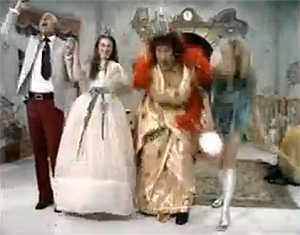 Was there ever a finer example of family entertainment than The Generation Game? It’s no surprise that it was a staple of the BBC1 Christmas night schedules for a decade, latterly of course under the auspices of the fantastic Larry Grayson, who we’ve already encountered in this chart, but it was the groundwork that Brucie put in which ensured it became a huge hit in the first place. In fact it was a hugely important series because if you look at clips of game shows from the sixties, the contestants are virtually mute, thanks to some sort of edict that they had to be chosen at random, hence how on The Golden Shot the crossbow was once placed in the hands of a partially-sighted woman with a twitch. But The Generation Game was the first show where the contestants were the stars of the show, getting the chance to do things they’d never be able to do otherwise and Brucie giving them plenty of time to showcase their talents. The third Christmas show saw the programme at the height of its powers, and something like half the country would have tuned in to see their special edition for Christmas Day (especially as it was a bloody awful Christmas in the middle of the three day week). All of it was great fun, but we’re concentrating on the grand final and one of the series’ famous playlets. One thing they dropped in the revival to speed it up was the first run-through of the production where it was done “properly”, but even with that this doesn’t drag at all, thanks to the inspired casting of Frankie Howerd. We know now most of his supposed ad-libs were scripted, but that doesn’t make his fourth wall-breaking and endless digressions any less amusing. But the fun really starts when the punters get to have their go, which you can see here (after you can see some Gen Game roadies resetting everything behind Brucie, given the whole thing was filmed as-live to give it extra energy). The writers carefully put some new jokes in each time, including in the second attempt a brilliantly silly celebrity cameo, and there are plenty of opportunities for the contestants to get laughs. The first run-through is highly amusing, thanks to the dad’s inept performance (“stomps off!”), but the second couple are even better with the mum’s leaping about and the son’s actually rather good comic timing and delivery. But however much they mangle the lines and miss their marks, Brucie always makes sure we’re laughing with them, not at them, and it’s exactly the kind of warm-hearted, gentle fun that’s exactly right for mince pie time.