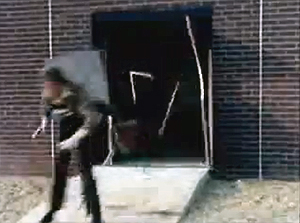 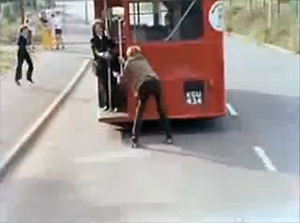 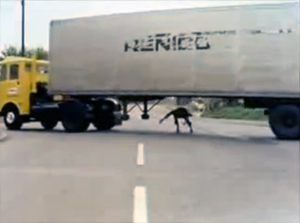 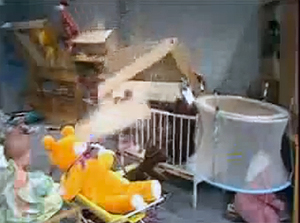 We think only Up Pompeii can rival Some Mothers Do ‘Ave ‘Em as a sitcom where the “sit” was of no consequence whatsoever and was simply an excuse to hang various bits of business around. Indeed writer Raymond Allen, after watching Michael Crawford improvise and flail around for half an hour, once thanked Crawford for deigning to use at least some of his words. The show itself could always be a bit of an acquired taste with Frank’s endless malapropism and some sickly sentimentality proving a bit of a turn-off for some viewers (and we never worked out why it always began “BBC Television Presents”, like Grandstand), but you have to admire the sheer amount of energy put into the programme by Crawford. The slapstick and stunts may not always have been inserted in the scripts that naturally but in terms of their execution they rival anything the like s of Buster Keaton were doing in the golden age of silent comedy. The best-known, with good reason, is the one with the roller skates. Heaven knows where the idea came from, and certainly the build-up to it is incredibly clunky – with Frank participating in the world’s quietest roller disco – but the execution of the stunt is truly spectacular. The logistics involved must have been dizzying, with the bus and the lorry, but it’s certainly worth it as the audience are left gasping with every new disaster that befalls him. Of course there’s added fun forty years on with some spectacularly drab seventies backdrops, not least that ugly staircase he flings himself down. OK, so it’s obvious he’s propelling himself forward down the steps and he could easily have stopped, but that’s not the point. The point is that if you’re a kid it’s the funniest thing you’ve ever seen, and if you’re a bit older you can at least appreciate the execution.