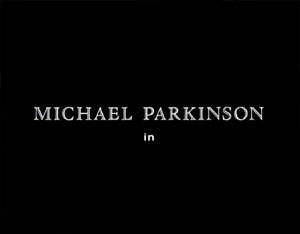 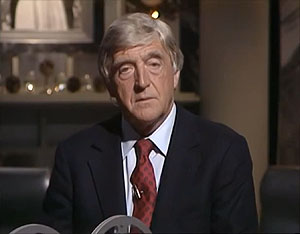 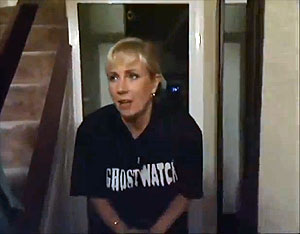 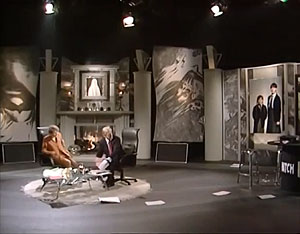 Is there a programme from the nineties quite as mythical as Ghostwatch? Now it’s been available on DVD for many years – and here on YouTube – it’s perhaps not quite as evocative as when it only existed in the minds of a generation of fascinated viewers, but it’s still quite something. Anyway, as you can see here the Screen One opening titles are in place, along with some clearly hastily appended cast and writer credits at the start, while the Radio Times included a cast list (though it’s true that the actual feature on the show was rather ambiguous). In any case the great thing about Ghostwatch is how accurately it looks like a proper TV show, shot on video with proper TV presenters, right down to the appearance of 081 811 8181, which even if you know it’s fictional puts the willies up you a bit. Dramatic telly is usually so bad at portrayin g telly itself, which is perhaps why so many people found it unsettling. Sarah Greene is brilliant in it – lest we forget, she was a proper actor first – and the fact Smitty’s in as well is a masterstroke the production team hadn’t actually bargained on, until he read the script when Saz brought it home and asked if he could be in it too. In fact the casting is brilliant, as even though Parky is a terrible old bore usually, he was exactly the right kind of authoritative figure the show needed. Since its one and only TV showing over two decades ago, the joy has perhaps been sapped out of it a bit by people exaggerating how it was promoted, but it does seem that the Beeb were somewhat taken by surprise by the whole thing and it’s amazing in retrospect just how much they were able to play with the conventions of television in the name of unsettling viewers, the last few minutes, which we’ve chosen for this chart, audacious in their creepiness. As a piece of dr ama Ghostwatch is pretty good, but as an example of television about television, it’s one of the best ever.