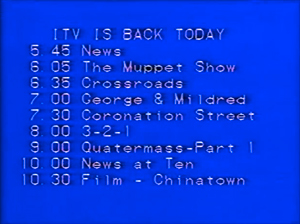 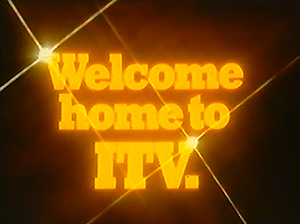 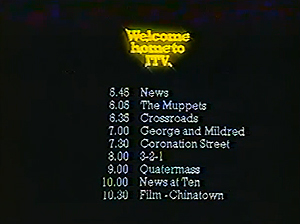 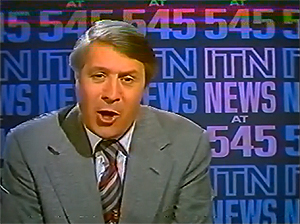 These days we just get slightly more ragged news bulletins and maybe an unscheduled episode of Coast, but in the seventies, industrial action would often lay waste to huge swathes of the TV schedules. Indeed in December 1978 luckless viewers in Yorkshire found themselves without any television at all for two days. The ultimate strike, though, has to be the ITV dispute of 1979 that knocked the light channel off the air in its entirety for ten weeks. Unless you were in the Channel Islands (where Channel were stretched to breaking point, flinging out absolutely anything they had on the shelves), all you got was a white-on-blue caption, which apparently was getting an average audience of about a million. BBC1 enjoyed complete supremacy of the airwaves with series new and old – most famously To The Manor Born – pulling in captive audiences, and at one point it loo ked as if it was never going to end (given at the same time The Times were on strike, a dispute that eventually lasted nearly a year). But eventually all sides got around the table and, finally, ITV were back on the air (conveniently during half term so kids could spend the whole day in eager anticipation). Obviously the channel was all about excitement so they couldn’t just shuffle back on air, and instead made their return at 5.45pm on Wednesday 24th October with a specially composed jingle which is implanted in the memories of everyone who heard it. The accompanying caption doesn’t animate or anything because the staff who did that weren’t available (and indeed it’s perhaps surprising that the unions didn’t take exception to this obvious non-union production and walk out again). The first night back gets a suitably breathless introduction and there’s a rare chance (at the time, not now) to see ITV as a national station, before the friendly face of Leonard Parkin is the perfect person to welcome us back and reassure us everything will be OK. Yet despite this exciting opening night, it was clearly going to be a long road back, the next few weeks filled with endless repeats and imports – and, notoriously, umpteen stockpiled episodes of 3-2-1 – while everyone got back up to speed. Nevertheless, after nearly three months away, it was quite the occasion, and ITV did it as they do best – with a song and dance.